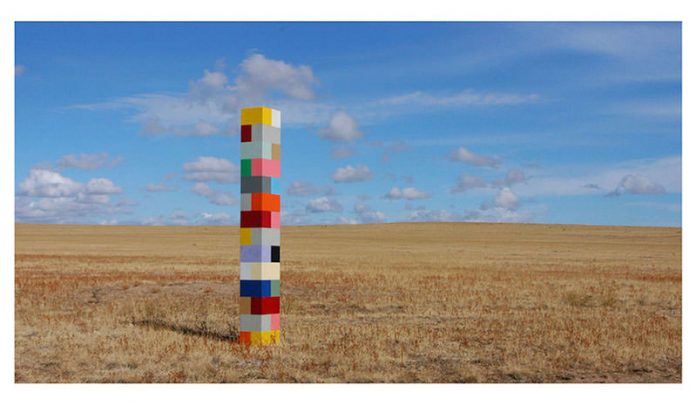 Inspired by the minimalist work of Agnes Martin and Donald Judd, Pard Morrison has described his work, which he terms “hybrids,” as “an exploration of a hypothetical conversation between Donald Judd and Agnes Martin.” Constructed from box-like aluminum fabrications that are then patinated by repeatedly baking the finish, Morrison’s “hybrids” are graphic sculptural compositions that function visually as paintings. Morrison characterizes his work as “Human Minimalism.” He believes the “fusion of surface and medium is an applicable metaphor for the human condition.” For Morrison, the physical property of the metal boxes suggests human scale, while ethereal surfaces suggest the human spirit.

Installing Pard Morrison’s piece at the US Embassy in The Hague, Netherlands

Pard Morrison’s piece installed at the US Embassy in The Hague, Netherlands

Pard Morrison
To Adore You I Was Born

Pard Morrison
All is Full of Love