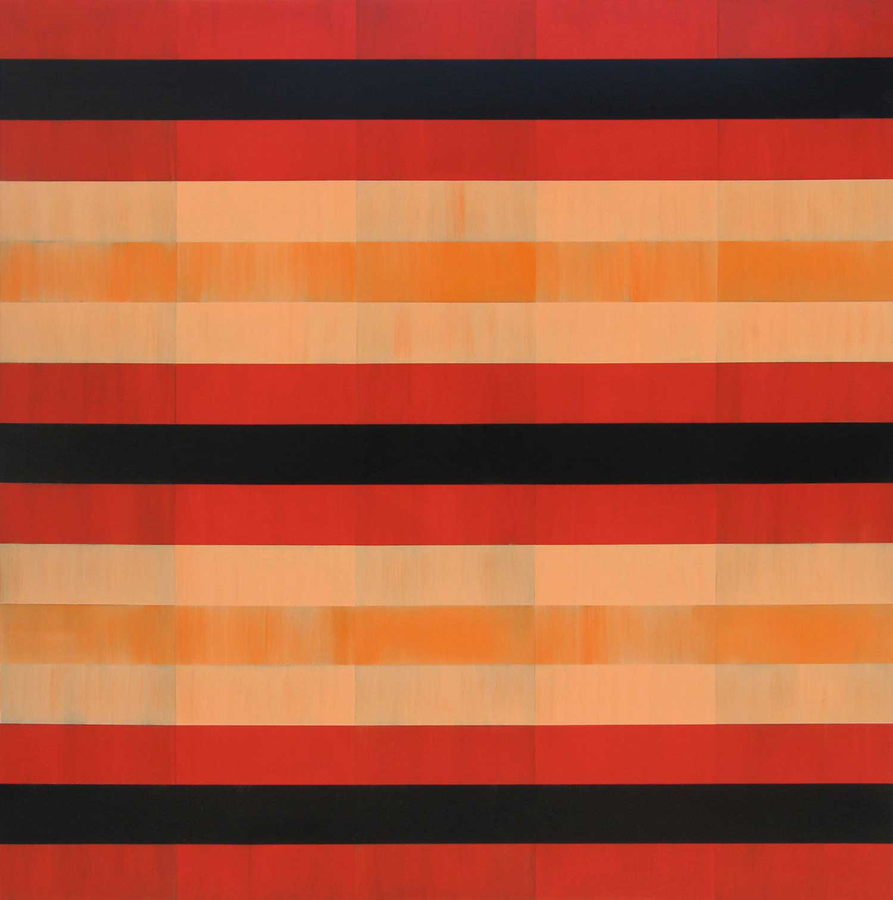 Inspired by the minimalist work of Agnes Martin and Donald Judd, Morrison has described his work, which he terms “hybrids,” as “an exploration of a hypothetical conversation between Donald Judd and Agnes Martin.” Constructed from box-like aluminum fabrications that are then patinated by repeatedly baking the finish, Morrison’s “hybrids” are graphic sculptural compositions that function visually as paintings. Morrison characterizes his work as “Human Minimalism.” He believes the “fusion of surface and medium is an applicable metaphor for the human condition.” For Morrison, the physical property of the metal boxes suggests human scale, while ethereal surfaces suggest the human spirit.

Morrison’s “Pick Up,” blends rectilinear forms and decorative grids in bold color-field works that blur the distinction between painting and sculpture. Painted in vibrant reds, blues, greens, yellows and other striking hues, the surfaces of Morrison’s work have wonderful subtlety and sensuality. His aluminum pieces are painted in a range of tones which give them an uneven painterly quality that contrasts with their bold but simple forms. Some of the works in the exhibition are multi-sectioned compositions that are made up of wall-mounted square or rectilinear forms, while others, such as Between a Memory and a Dream, made up of three tall, narrow rectangular arches placed up on end, are freestanding.

While creating this new body of work, the artist says he was concerned with the issues of construction, destruction and resurrection. “Construction and destruction manifest themselves habitually in our lives,” says Morrison. “These layers ebb and flow, eventually creating a necessity for adaptation and survival. There is however a precise moment where we are set upon a new path. We are reborn and the cyclical fragments are rearranged in such a way as not to be new life, or death, but infinite. “