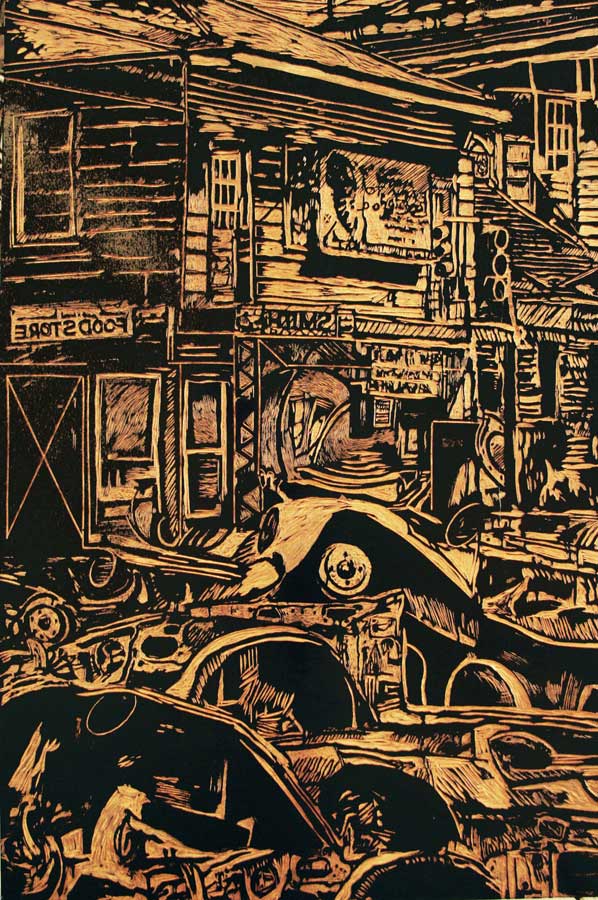 John Scott passed away in September 2007 at the age of 67. He was born in New Orleans and raised in the lower 9th Ward. John Scott’s earliest work drew on Christian imagery but later, particularly in his sculpture and prints, he focused on African, African-American, Caribbean and Creole cultures. Throughout his life his work was influenced by the blues and jazz musical traditions. In the 1980s his boldly painted sculpture in metal and wood included kinetic components. In 2003, John Scott created a remarkably prescient series of woodblocks that anticipated the urban catastrophe that would befall his beloved New Orleans in August 2005.