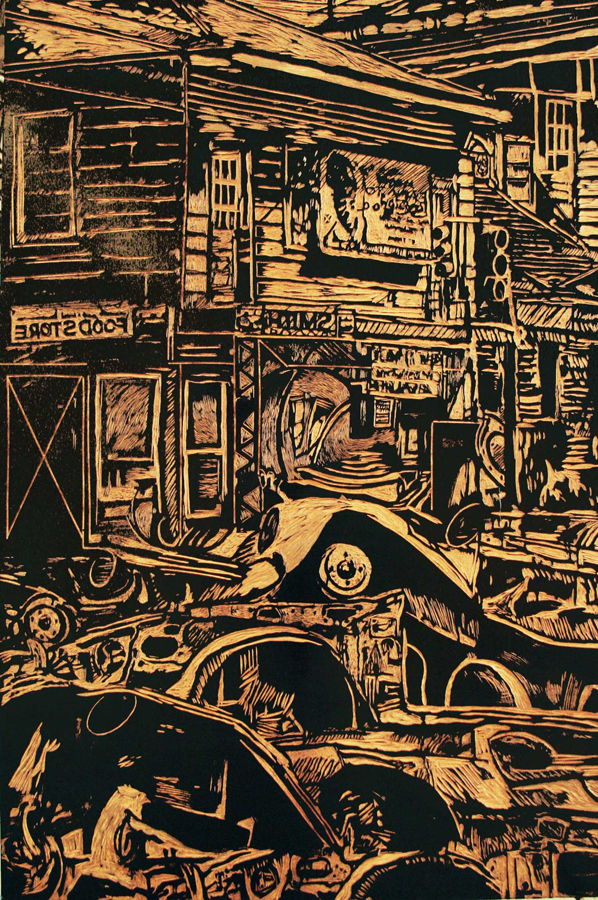 John Scott was nationally acclaimed for his decades of major achievement in art.  He died in September 2007 after struggling for two years to recover from the double lung transplant he had undergone in Houston, where he had evacuated shortly before Hurricane Katrina.

In 1992 Scott was awarded a “genius” grant from the MacArthur Foundation. He used the money to build a large studio in eastern New Orleans off of Michoud Boulevard. Sadly, Scott’s studio was badly damaged in Katrina and its aftermath. Several important works including pieces from his lauded 2005 retrospective at the New Orleans Museum of Art were in his studio at the time of the storm.

Arthur Roger visited Scott in Houston on several occasions. Under the artist’s direction over an extended period of time, the Arthur Roger Gallery undertook a careful, prolonged restoration of the work recovered from the studio. Scott’s close friend and fellow artist, Ron Bechet, also a professor of art at Xavier University who shared the eastern New Orleans studio space, assisted in overseeing the gallery’s restoration of the work.

Among the works featured in the show are the original wood blocks from Scott’s prescient “Blues Poems” series which addresses urban catastrophe and violence. Remarkably, the woodblocks created in 2003 anticipate the destruction and chaos caused by Hurricane Katrina in 2005.

Also featured in the exhibition is Scott’s glass installation, “Thinking of Unresolved Dreams,” which will be recreated by the artist’s son, Ayo. Created during his residency at Pilchuck School in Seattle, the glass creations of heads, pillows and prisms were inspired by his reading of John Coltrane’s biography. In this installation Scott expressed his awareness of the impossibility of John Coltrane or any other great artist being able to communicate their vision to the full extent to which they experienced it.