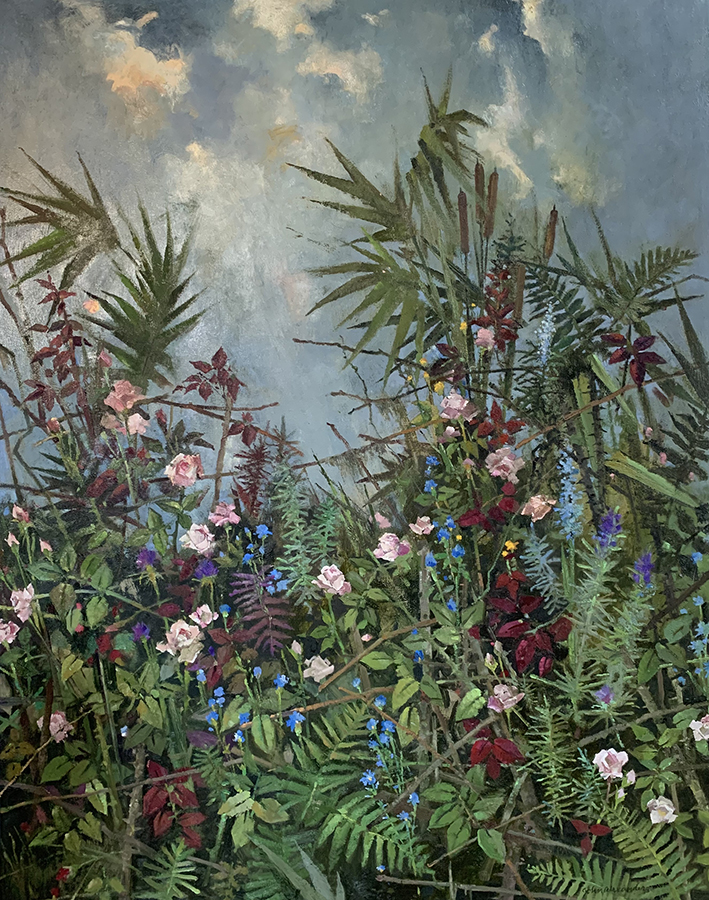 John Alexander, a skilled draftsman and a sharp eyed satirist, has spent a career rendering the dark side of man, the glorious side of nature and the destruction of both. He describes his work as a “glimpse of paradise before the wrecking ball hits.” His keenly observed nature drawings and paintings play a central role in his career. The artist was born in 1945 in Beaumont, Texas and received an M.F.A. from Southern Methodist University in 1970. In the late 70’s John Alexander left Texas for New York. He divides his time between New York City and Amagansett. John Alexander had a major retrospective at the Smithsonian American Art Museum in 2007 and at the Museum of Fine Arts in Houston in 2008.