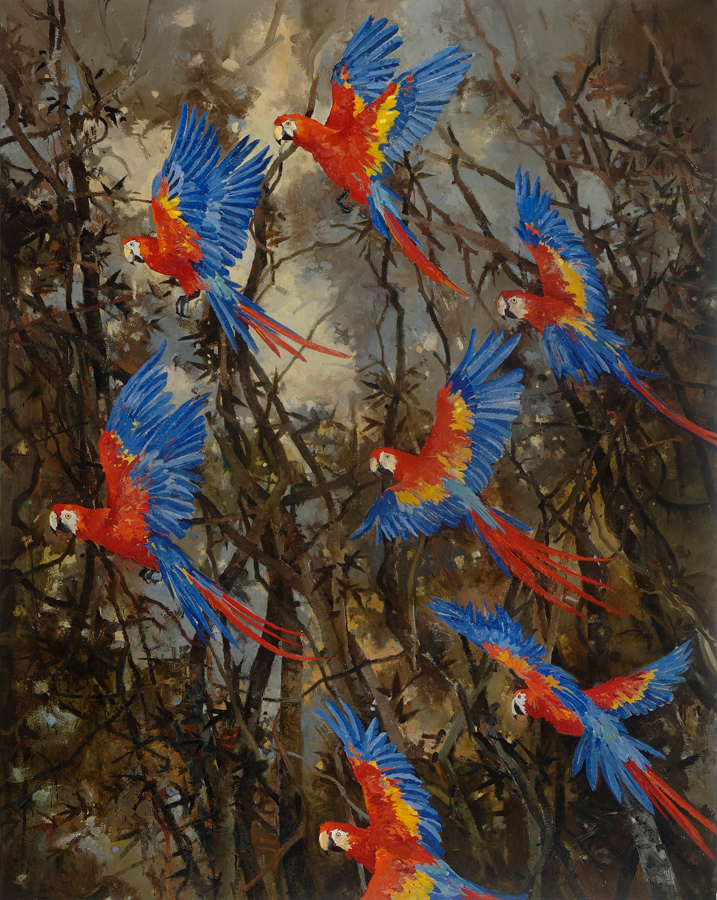 John Alexander has been described as painting “nature at its grandest and man at his worst.” Born in Beaumont, Texas in 1945, he retains vivid memories of expeditions with his father, during which he discovered the exotic wildlife of the swampy marshlands of the bayou and the Gulf Coast. Though he has lived in New York for over thirty years, he finds that his mind still wanders back to the environment in which he grew up – the wetlands of Texas and Louisiana are engrained in his psyche. This exhibition of new paintings and works on paper embodies his continued passion for wildlife, flora and fauna, and the detail found within.