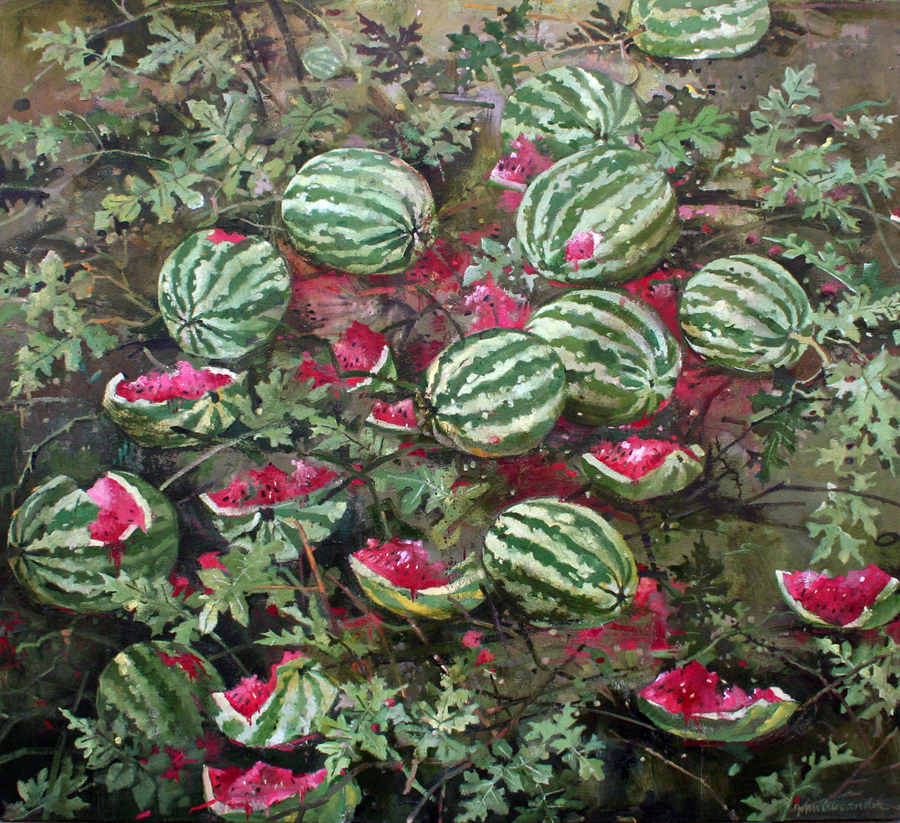 John Alexander’s work pays tribute to the rich tradition of American painters inspired by nature and its visual complexities. The artist’s reverence for the infinitely rich natural world is often coupled with sorrow over its degradation. This exhibition of recent work includes several large scale paintings that capture a wealth of small details in nature and also mysteriously beautiful oil paintings on paper of meticulously realized flora and fauna.

Alexander is a painter whose ambitions have always been heroic and all encompassing. He believes deeply in the power of painting to communicate his passions. In Alexander’s own words, he wants his art “to be highly personal and very much about what my experiences in the world have been, not in an illustrative way, but in a real emotional way that is universal.”