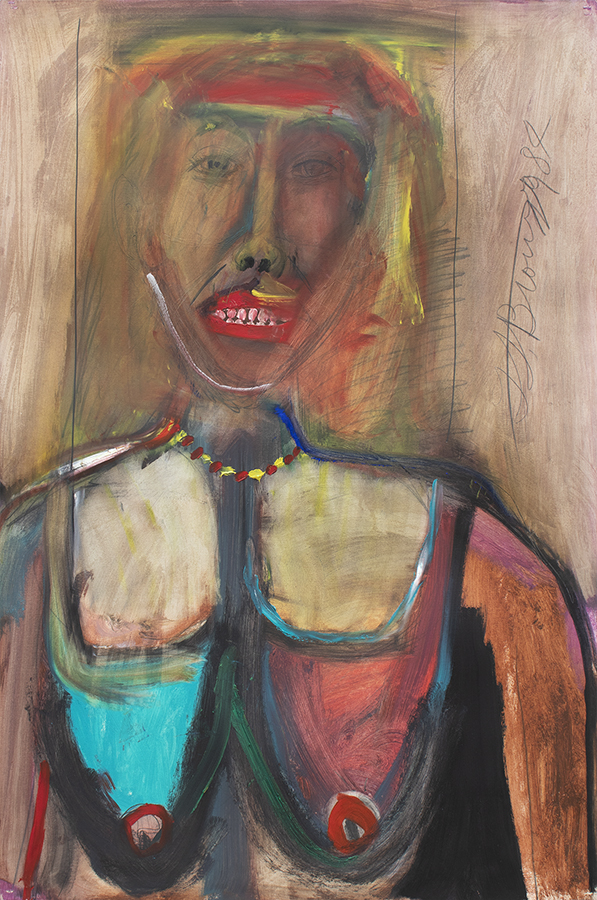 Frederick J. Brown is considered a defining artist of the late 1970s and early 1980s, particularly for his contribution to the resurgence of expressive figuration. His paintings reference religious, historical and urban themes and he drew inspiration from many sources including his African-American, Seminole and Choctaw ancestry, his religious upbringing, and the folklore of the South. He is especially noted for his numerous portraits of jazz and blues artists.