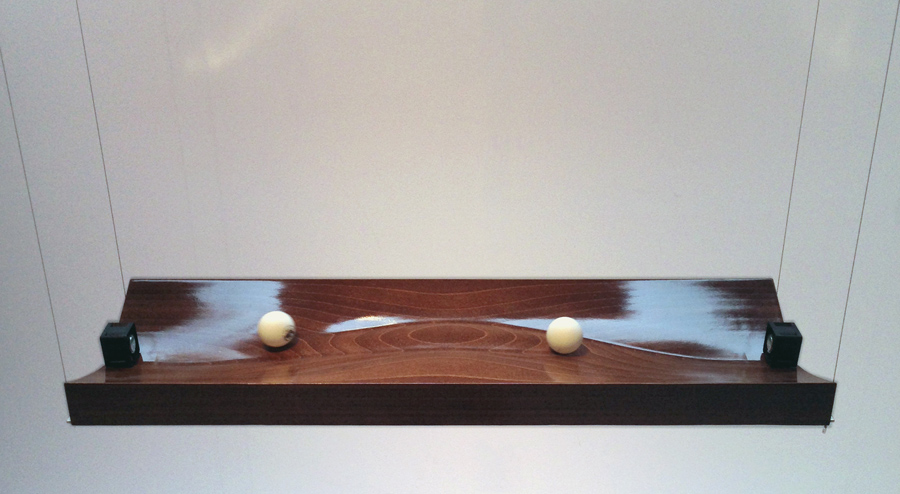 Erwin Redl investigates the process of “reverse engineering” by (re-)translating the abstract aesthetic language of virtual reality and 3D computer modeling back into architectural environments by means of large-scale light and sculptural installations.

Erwin Redl was born in 1963 in Gföhl, Austria. In 1993, after finishing his studies at the Vienna Music Academy with a BA in Composition (1990) and BA in Electronic Music (1991), he was awarded a Fulbright Scholarship for graduate studies in computer art at School of Visual Arts, New York, NY (MFA 1995). His work was featured in the 2002 Whitney Biennial and in 2008, he created a sound and light installation for the Austrian Pavilion at the World Expo in Zaragoza, Spain. He has won several major public art competitions with installations for the new New York Police Academy in Queens, NY, the Neuro Science Center at Wright State University, Dayton, OH and the Union Square / Market Street subway station in San Francisco, CA. His work is collected by prestigious national and international institutions, among them the Whitney Museum of American Art New York; the Museum of Contemporary Art San Diego; the Milwaukee Art Museum; and Borusan Contemporary Istanbul.