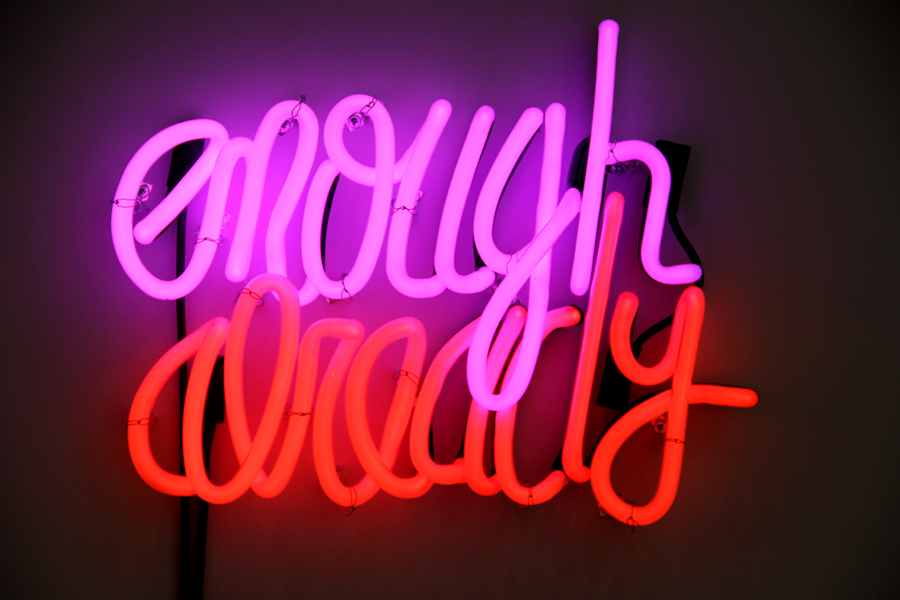 Drawing from contemporary society, Broadway musicals, Yiddish and prominent art figures, Deborah Kass incorporates lyrics and vernacular, melding art history and pop culture in vibrant, resonating compositions reminiscent of Frank Stella and Ellsworth Kelly. Her work is depictive of the current posture of popular and political culture and the ensuing dysphoria, especially in contrast to the optimism of the postwar era.

Deborah Kass received her B.F.A. in Painting from Carnegie Mellon University in Pittsburgh, PA in 1974. Prior to that she attended the Whitney Museum Independent Studies Program in New York. She has been the subject of numerous one-person exhibitions, including an exhibition originating at Tulane University Art Gallery that traveled the U.S. in 1999-2001. In the fall of 2012, The Andy Warhol Foundation presented her mid-career retrospective, accompanied by the publication of her monograph, “Deborah Kass: Before and Happily Ever After.” She is the recipient of several awards, including an NEA fellowship in painting in 1987. Her work is in the collections of the Museum of Modern Art, the Solomon R. Guggenheim Museum, The Whitney Museum of American Art, The Jewish Museum, The Museum of Fine Arts, Boston and the Harvard Art Museums/ Fogg Museum. She is a Senior Critic in the Yale University Painting M.F.A. Program and currently lives and works in New York.