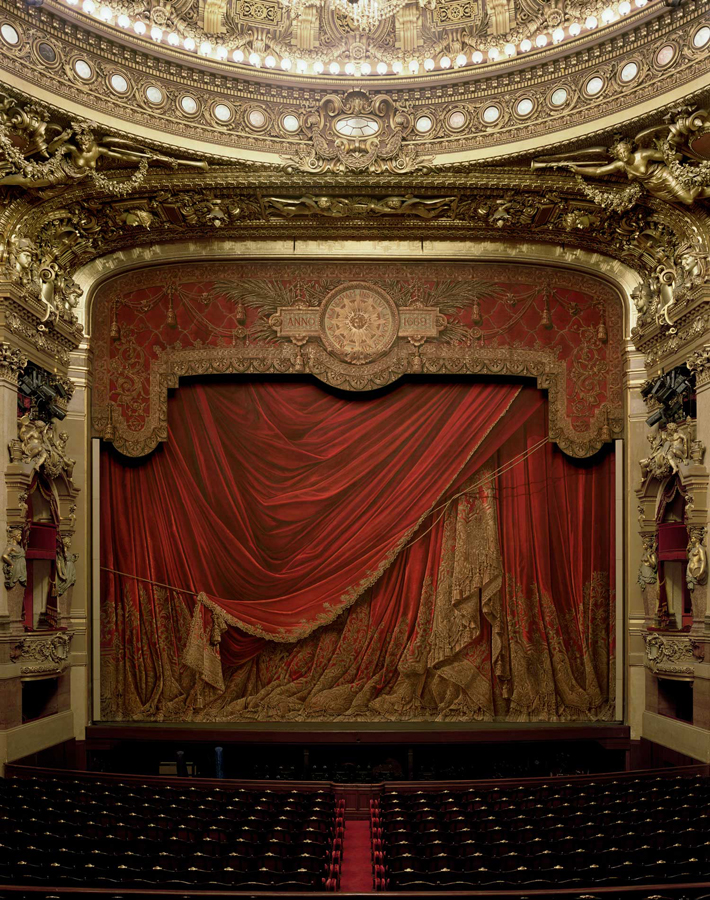 Employing both 4 x 5 and 8 x 10 inch Arca-Swiss cameras that maximize detail, Leventi creates a body of large scale photographs that document the intricate interiors of famous opera houses around the world, such as the Royal Swedish Opera in Stockholm and the Metropolitan Opera in New York. In these dramatic photographs, Leventi seeks to alter both lateral and vertical symmetry in order to flatten out the opera houses. Space, in perfect equilibrium, creates the effect of the viewer being surrounded from the spot at center stage where performers would stand. Rows of velvet seats, ornate private boxes, chandeliers and gilt decorations are captured in incredible detail and symbolize the wealth and grandeur of its respective nation.

The opera houses in this body of work were specifically chosen by Leventi because they are all places his grandfather, a cantor, never had the opportunity to perform. His grandfather, who was trained by the famous Danish operatic tenor Helge Rosvaenge, often sang to Leventi when he was a child. The son of two architects, the artist says he felt a “religious feeling walking into a grand space such as an opera house.” For him the actual space can feel like the event itself and he invites his viewers to “pour over the details, to feel the potential energy in a space where it is all just about to happen.”