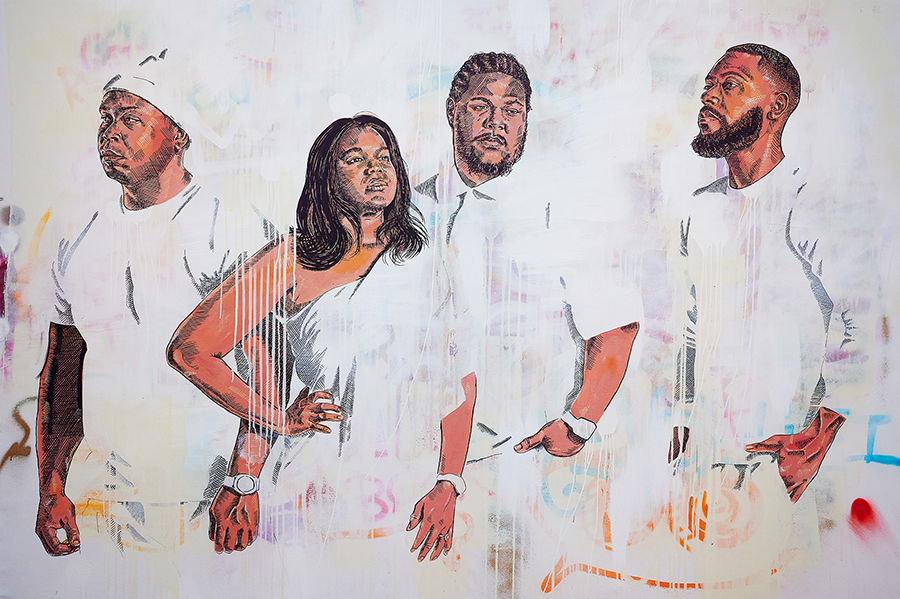 Brandan “BMike” Odums is a New Orleans-based visual artist who, through exhibitions, public programs, and public artworks, is engaged in a transnational dialogue about the intersection of art and resistance. From film to murals to installations, Odums’ work encapsulates the political fervor of a generation of Black American activists who came of age amidst the tenure of the nation’s first Black president, the resurgence of popular interest in law enforcement violence, and the emergence of the self-care movement. Most often working with spray paint, Odums paints brightly-colored, wall-sized murals that depict historical figures, contemporary creatives, and everyday people. In his otherwise figurative work, Odums departs from realism to play with color – blending lavender to paint the skin of Dr. Martin Luther King Jr. and Coretta Scott King and robin’s egg blue for Harriet Tubman, for instance – suggesting an ethos of boldness that unites the subjects of his work and surpasses race, time, or any other aspect of physical reality.