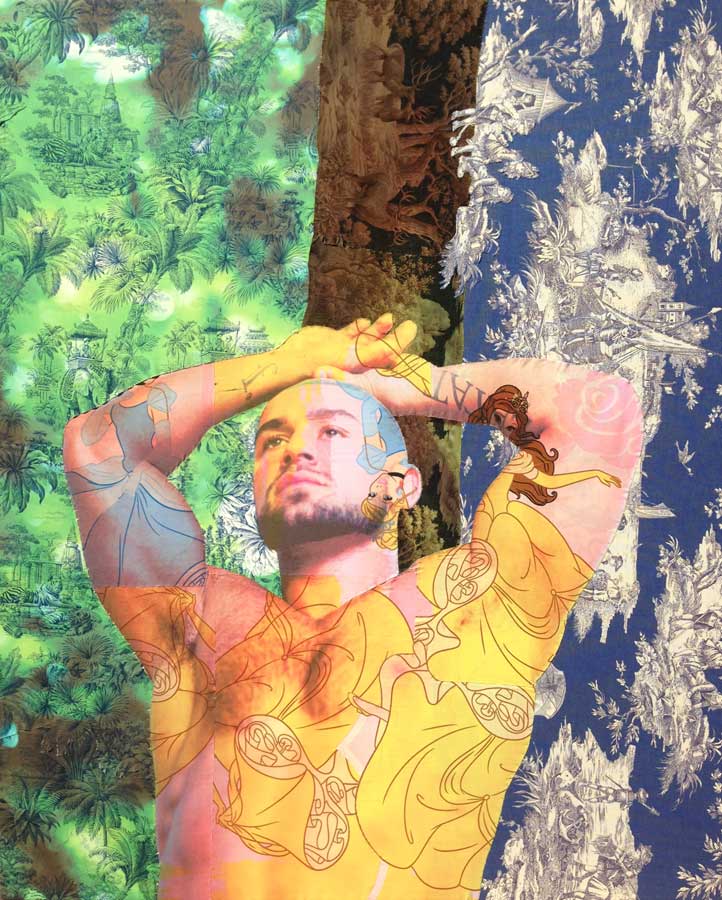 Sister I’m a Poet marks Tim Hailand’s first solo exhibition with the gallery. The small- to large-scale photographic portraits in the exhibition are a continuation of a body of work developed during a 2012 residency in Giverny, the legendary grounds and gardens of Claude Monet. It was here in his living quarters that Hailand found inspiration in the Toile de Jouy wallpaper, a mid-18th century decorative pattern, typically white or off-white, with a repeated, monochromatic pattern often depicting figures in pastoral scenes. Drawing upon this inspiration, as well as his training as a painter, Hailand began creating dreamlike compositions by printing his photographic images directly on patterned fabrics. The portraits embody Hailand’s appreciation for the idealized human form and his subjects often include athletes, musicians and artists.