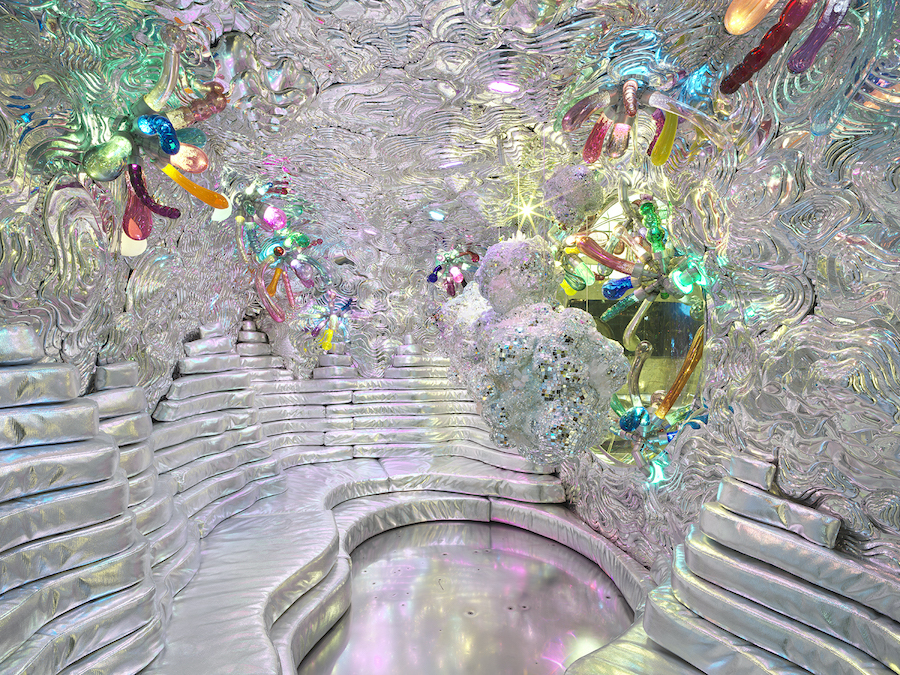 Randy Polumbo uses sculpture, architectural combines, and twisted archeological or salvaged “containers” to create site-specific interventions that welcome participatory interaction. Most recently, he is focused on the visual disruptions that result from the intersection of geologic time—excavating layers—to immediate perceptual experience. The luminescent, hyperreal grottos and other architectural forms he creates unfold inside often repurposed, disheveled, or antiquated structures. In the case of Bunker, 2021, the structure involves a repurposed military bunker turned into a reflective, meditative cave that positively stimulates the nervous system.

Grottos, a common architectural feature in the homes of 16th-century Italian nobility, traditionally featured artwork set among rocks, water, stalactites, sponges, shells, and other natural forms of life. The main impulse behind them was to create alchemy based on the idea that shapeless matter and chaos could be transformed into a harmonic higher order. For instance, the first room of the Buontalenti Grotto in Florence was adapted to house Michelangelo’s four Prigioni statues. In a world that seems determined to hasten its own destruction, Polumbo aspires that his works be life-giving, that they help people return to and reclaim their haptic senses. Whereas the meantime for looking at a piece of art is less than 30 seconds, viewers linger in Polumbo’s spectacular installations.