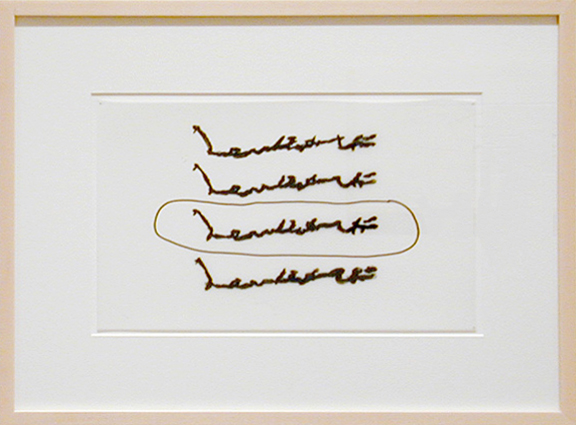 The installation is based on personal symbols and patterns of the artist that reflect his continued interest in the variety of handwritten expression. Though chaotic and non-objective in appearance, Matthew Sontheimer’s drawings are in fact built from an alphabet of his own device. The language of lines that he employs is constructed from various pieces of his father’s signature. In “The Form of Re-son,” the signature of his father is strung in a line broken into twenty- six parts comprising an alphabet. For this piece Matthew Sontheimer has also created a numerical alphabet based on the common telephone keypad.