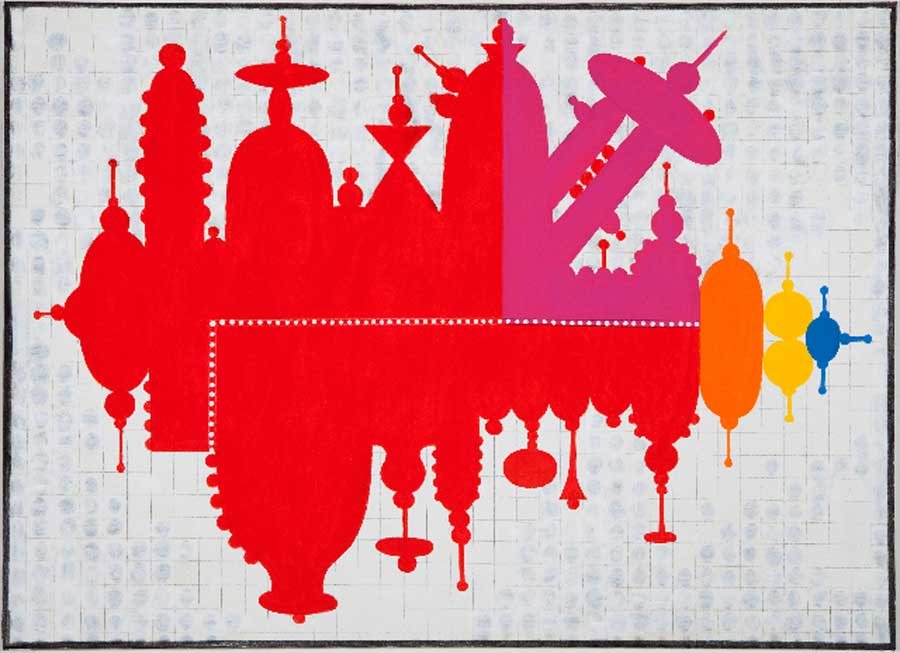 Luis Cruz Azaceta began the series “Shifting States” about a year ago in response to the rapid state of change occurring in the world at large. Amid climatic change, collapsing economies, greed, war and revolution, individual citizens are rising against political, economic and social injustices. In this, Azaceta finds courage, faith and innovation mapping a new terrain. He confronts this process of shift in his work, which reflects his signature bright colored abstraction and figuration.

Luis Cruz Azaceta left Cuba as a teenager in 1960 and has now been exiled from his homeland for fifty years. After immigrating to the United States, Azaceta lived in New York and studied at The School of Visual Arts. He relocated to New Orleans in 1992.