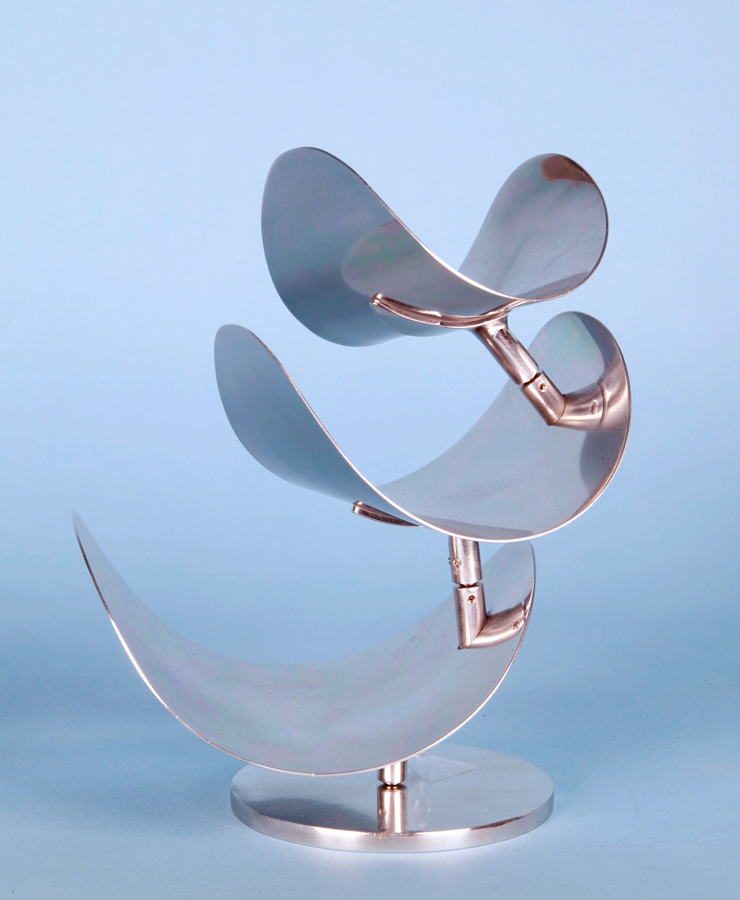 The exhibition will present twelve new Hurricane Katrina influenced kinetic sculptures by the artist and will include her first audio-kinetic installation work. Emery states that this dramatic development in her work is a political protest piece. The kinetic sculpture will show in miniature the violence that is taking place in so many places around the world. The work will have puppets raised upon something resembling a football stadium, and there will be rows that represent the media, who are well removed from the horrors that they are watching. The work will be made up of life-sized hands waving, touching each other and making little sounds. “I am trying to express what we read in the newspapers every day, and how far removed we are. All of it will move and make sounds.” Several other kinetic sculptures in Emery’s exhibition relate to the audio-kinetic work.

After the experience of Hurricane Katrina, Emery finds her work “is a little more pessimistic now.” She relates that, “I was here for Hurricane Katrina and it influenced me a lot. All the trees bending were very beautiful. I made models of these images out of cardboard and paper, representing the violence of the storm, and when I came back to New Orleans I was able to do them on a large scale.” These Katrina influenced sculptures are also included in this exhibition.