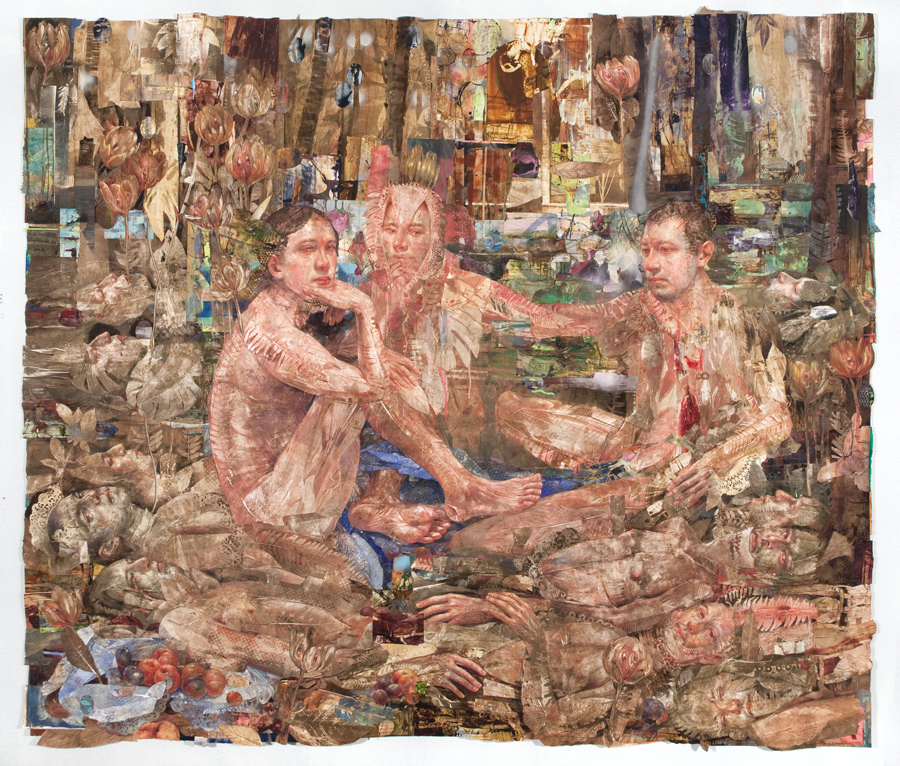 In “Mosquito Muerto” Keith Perelli seeks to expose our emotional defenses as a penetrable, raw façade of our psychological armor. The figures, painted as though from the inside out, have been rendered as stripped and dissected. They are woven into environments composed of tangles of flora, objects of antiquity and illusory abstraction.

Perelli recognizes the potential of using organic and man-made environmental detritus as both mark-making tools and objects in and of themselves. The dense collages feature the impressions of real plant material, found objects and the painter’s penchant for the abstract mark.

The free hanging tapestry-like quality of the large-scale monotype collage paintings evokes the woven narrative-works produced in the mid-centuries. References to the art form and to antiquity can be noted in the poses and interaction of the figures. Suggestions of religious, mythological imagery and classic hunting scenes are present, although here the artist illustrates man being hunted by his own demons.