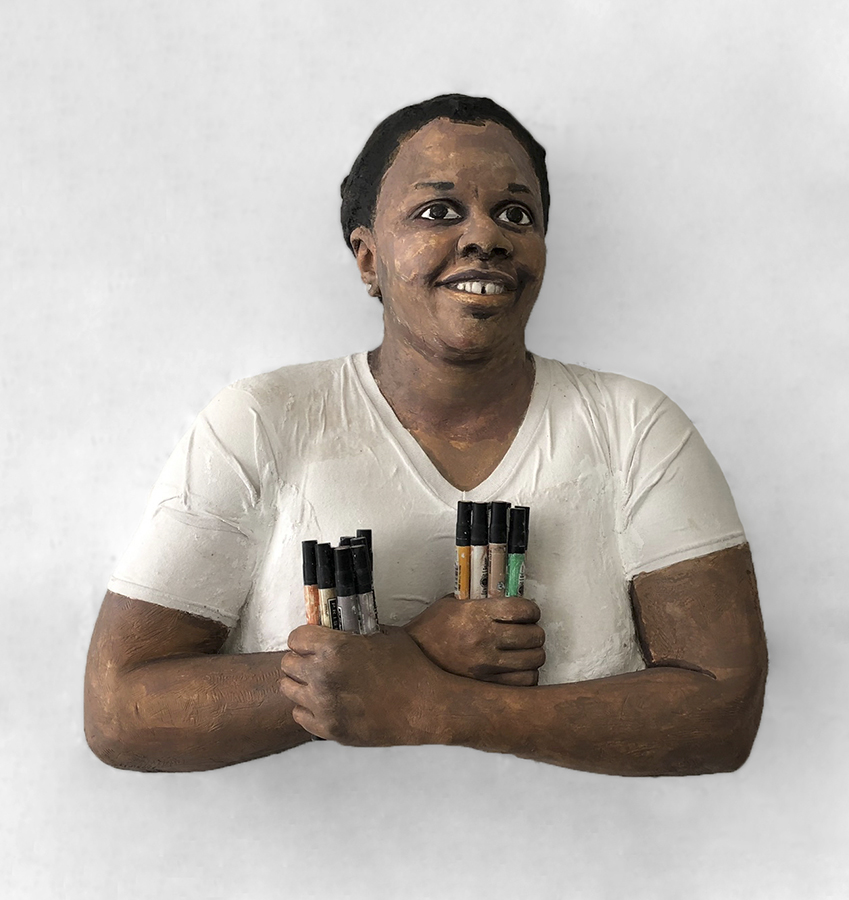 The Arthur Roger Gallery is pleased to present an exhibition of sculptures by John Ahearn. The exhibition will be on view at Arthur Roger@434, located at 434 Julia Street, from January 4 through February 22, 2020. The gallery will host an opening reception with the artist in attendance on Saturday, January 4 from 6–8 pm.

The exhibition will comprise 11 sculptures created over the last 16 years. The sculptures, both busts, and half-figures exemplify the artist’s singular practice. Ahearn makes casts directly from life models since the early 1980s. Drawing inspiration from the people he meets in everyday occasions, Ahearn continues to adapt to different environments while being deeply committed to interaction and collaboration with his sitters. The resulting painted portraits in plaster–through their vivid pallets and highly individualized, naturalistic feel–provide a dynamic account of the different sitters’ personalities.

New York-based artist John Ahearn creates life casts of people in his Bronx neighborhood. In the late 1970s, early in his career, Ahearn joined artists like Tom Otterness and Jenny Holzer in setting out to find alternatives to the gallery scene and make art more accessible to the public. With the assistance of Rigoberto Torres, Ahearn produces the casts on the sidewalk outside his studio, allowing the work to emerge authentically from the community. The finished pieces capture the specific attributes of the models, from the types of clothing they wear to the attitudes of their poses. While the sitters’ faces evoke a variety of expressions – playfulness, pride, sadness, or defiance – all ultimately reveal the sitters’ strength as individuals.

John Ahearn studied at Cornell University, Ithaca, New York. He now lives and works in New York City.  John Ahearn’s work alongside that of his long-time collaborator, Rigoberto Torres was the subject of a survey exhibition, “South Bronx Hall of Fame,” organized by the Contemporary Arts Center, Houston in 1991, which traveled to museums in Europe and North America. In the 1980s and 1990s, the artists executed several outdoor murals in the Bronx, New York and collaborated on public projects and exhibitions in Europe and North America. Ahearn’s work has been included in group exhibitions at the New Museum of Contemporary Art (1980); the Institute of Contemporary Art, London (1982); the Whitney Museum of American Art (1985); the Museum of Fine Arts, Boston (1993); the Museum of Contemporary Art, Los Angeles (1996); the Irish Museum of Modern Art (2008-2009); the Bronx Museum of the Arts (2009-2010); and “Greater New York” at MoMA PS1, New York (2015).