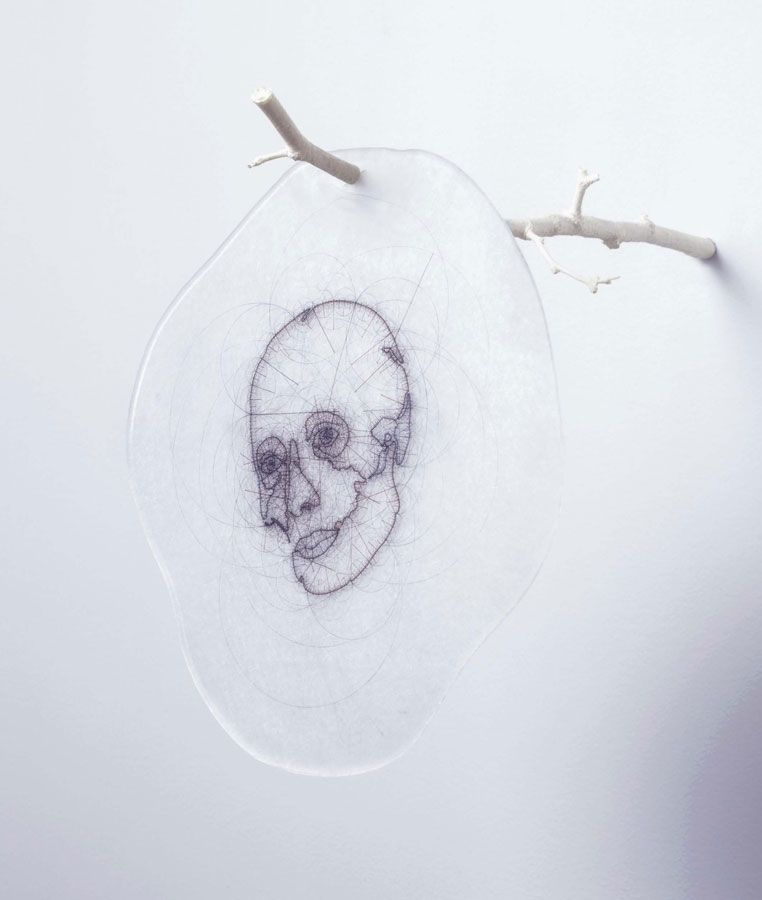 Included in the exhibit, “Flying (Saucer),” a stainless steel bowl spins on a motor that is mounted on a television set. Lines of adhesive paper are drawn upon the walls and ceiling of the gallery. A small video camera is attached to a steel pipe on the side of the television set and is aimed so that it views the outside surface of the spinning bowl. The image on the television set is the view from the camera which reveals that the tape on the walls and ceiling delineate the outline of a human figure reflected on the surface of the bowl. The bowl’s rotation makes it appear that the man is flying through the gallery.