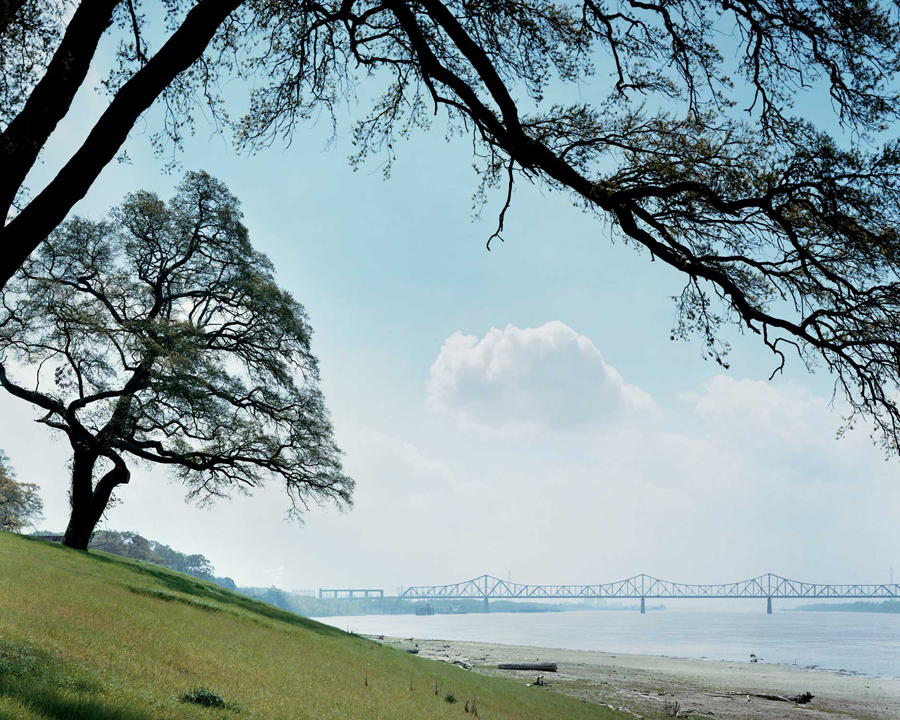 Sleeping by the Mississippi

Alec Soth’s photographic work is rooted in traditions developed by the great documenters of the American experience, such as Robert Frank, Stephen Shore and Walker Evans. Critics have especially praised Soth’s impressive compositional skills and commented on the Old Master formality, poise and authority in his photographs.

Soth’s series “Sleeping by the Mississippi” is evolved during a period of five years in which he made several road trips from his home in Minnesota down the Mississippi River. This body of work is a deeply personal travel log that documents rarely seen areas of Middle America with portraits of eccentric people, unusual landscapes and curious interior still lifes from the frozen riverbanks of Minnesota to the Gulf’s dead zone at Venice, Louisiana. Using an 8″ x 10″ camera, Soth captured the stillness and quiet sensibility of his subjects, as well as their isolation, dreams and eccentricities.