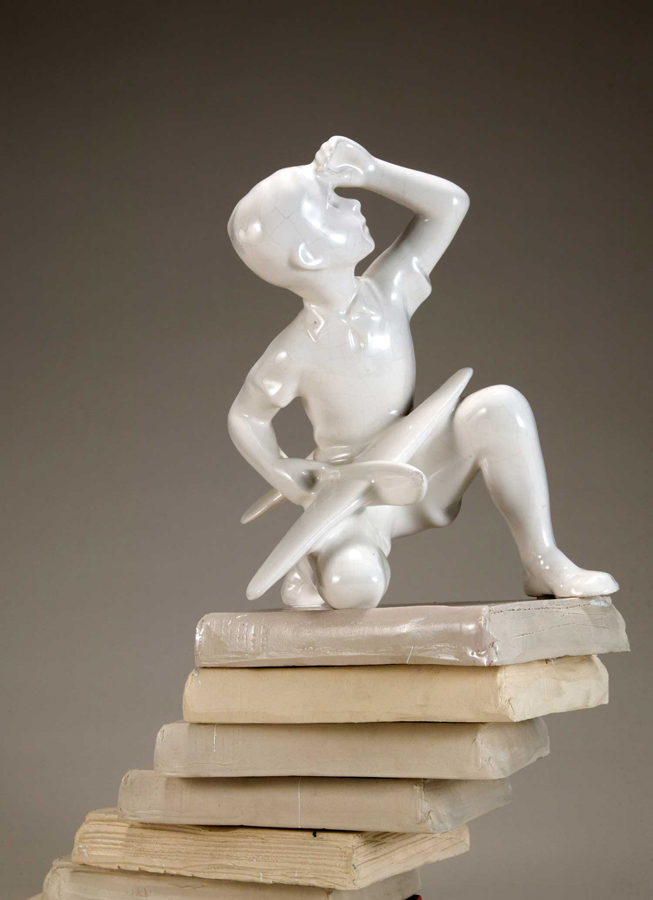 Stephen Paul Day’s latest series “Cabin Land” is comprised of approximately 36 new sculptural works in bronze and porcelain and egg tempera paintings on panels. These new works explore the nature of the legendary civilization named “Cabin Land” after artifacts were discovered buried in the silt of the Mississippi Delta.

In his past exhibitions, Day examines the populist narratives of historic events, souvenirs of infamous characters and childhood memories of fairytales. In his last exhibition, “Innocent Act,” the artist applied elements of these childhood stories to explore issues such as truth and deception and the loss of innocence. Unlike his past exhibitions where he used components of well-known stories as a basis for his work, Day devises his own narrative to communicate his ideas in “Cabin Land.” In this story about an ancient civilization, Day tackles issues of identity as he unveils a society that has built its cabins in porcelain, honored its children and eventually succumbed to parody.