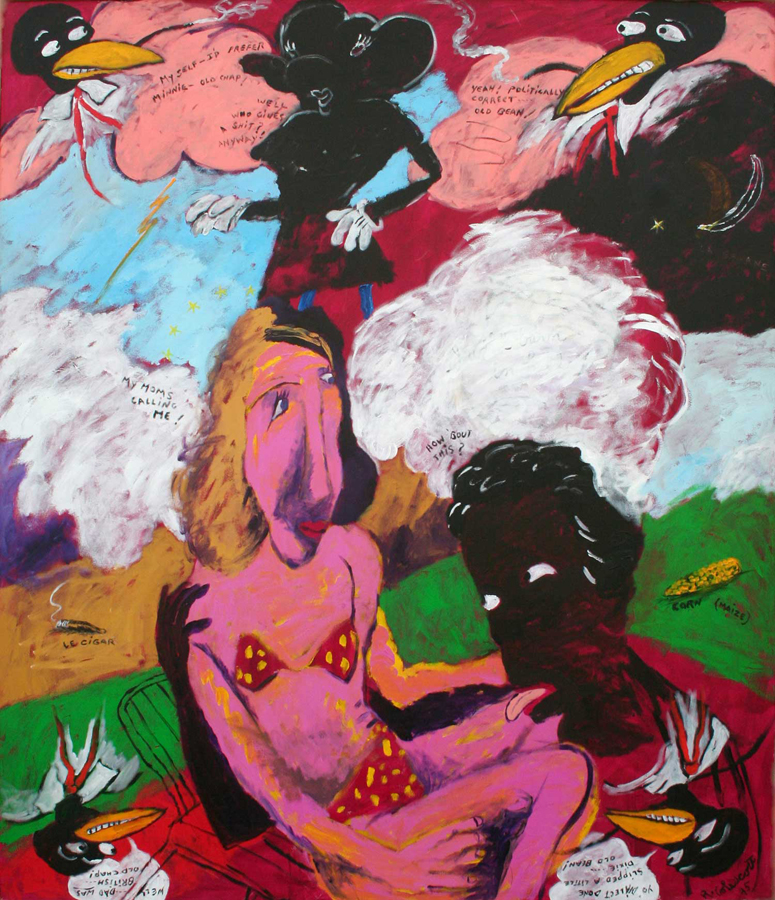 The paintings and drawings in this exhibition are selected from “Troubled Goods: Robert Colescott, A Ten Year Survey (1997-2007),” which originated in 2007 at the Meridian Gallery, San Francisco. In these last paintings and drawings, the artist continued to explore contemporary social issues. Art historian Peter Selz writes, “Colescott painted figurative painting at a time when figuration was out of the mainstream. Colescott’s art, moreover was, and is, concerned with political issues as well as race and sex. His paint is luscious, his brushstroke is vigorous, his subjects are controversial, and there is an internal structure to his painting with a jazz-like rhythm.”

Exhibiting Colescott’s work in New Orleans is especially meaningful due to the artist’s many ties to the city through friends and relatives. Colescott’s parents were born and raised in New Orleans but moved to Oakland in 1919 to improve their children’s chances for a good education. Colescott frequently returned to New Orleans to visit and to exhibit regularly at the Arthur Roger Gallery.