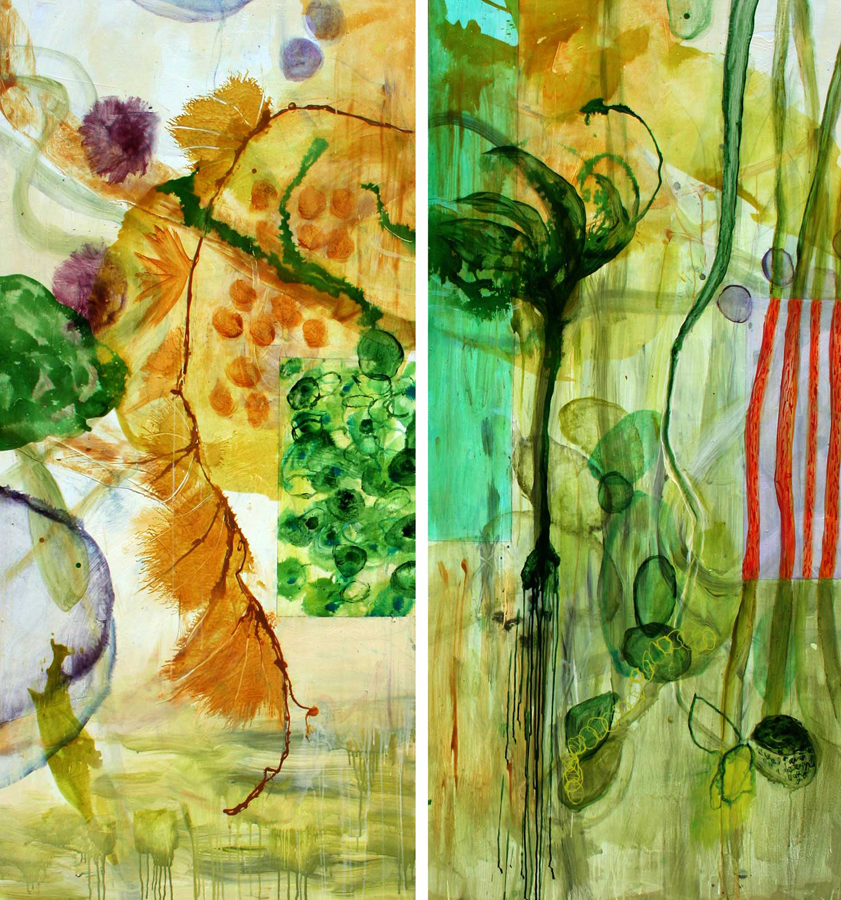 In Allison Stewart’s new series of mixed media paintings and works on paper, “Inside Passage,” the artist continues to use landscape as inspiration to meditate upon the interaction between man and nature and the dubious results of our actions upon the earth. She explores ambiguities of space and scale and the relationship between macro and micro worlds in describing the rapidly changing world. Expanding on her longstanding theme of wetlands lost, Stewart moves beyond gestural abstractions of delicate flora to consider the larger themes of changing patterns of the earth itself in the dynamic exchange between land and water. In this exhibition, Stewart works with several media and ideas and expands her visual vocabulary into further investigation of the creative process in describing the outer world as well as the private journey into unknown territory.

The title of this exhibition, “Inside Passage,” references a physical waterway off coastal Alaska, once stunning in its beauty, now showing significant changes from the warming climate and water contamination. The title also refers to the unseen changes in all living things over time as they pass from one physical state of being to another in the lifelong process of creation, destruction and renewal. Each series of paintings featured in “Inside Passage” suggests the changing environment in a unique way. A series of works on paper entitled “Altered Course” refers to a study of the changing course of the Mississippi River over centuries with many deltas being created and destroyed. The large diptychs on canvas entitled “Part per Million” refer to the microscopic chemicals and toxins in our nation’s water bodies.