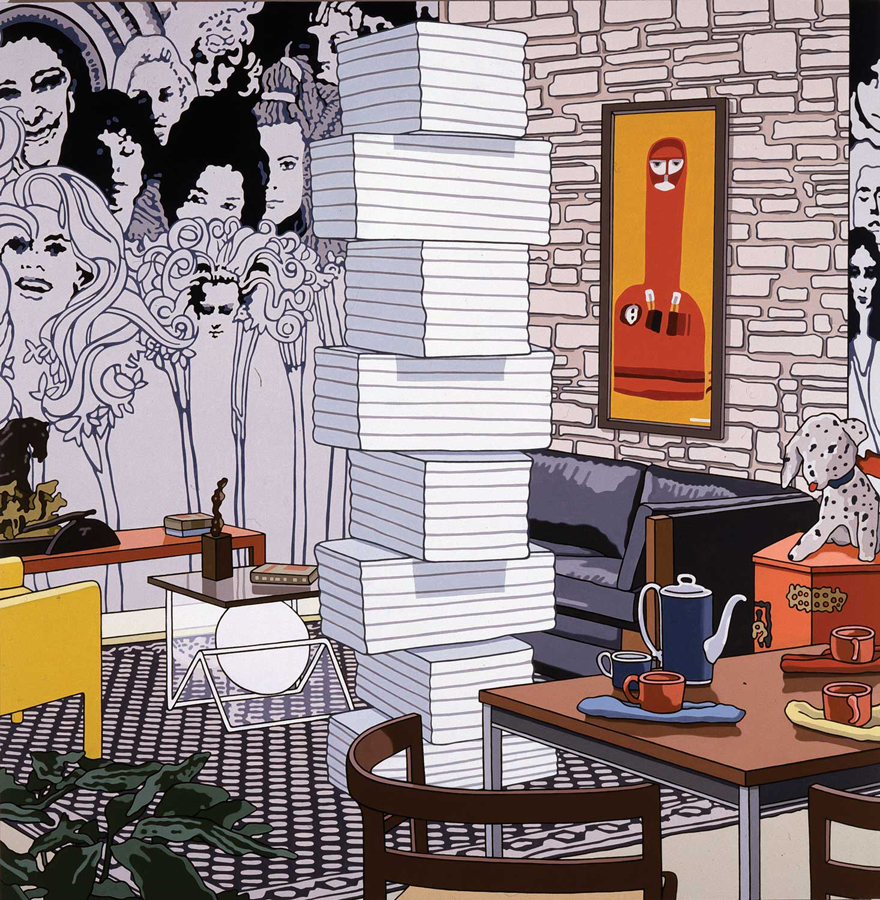 In the tradition of Vuillard and Bonnard and more recently Liechtenstein, with this exhibition Jim Richard continues his remarkable series of oil paintings that depict high style domestic interiors. In his renowned interior paintings, Richard’s mordant wit imbues unpeopled period rooms with social ironies. The interiors feature period furniture, kitsch objects, and works of art usually with a modernist flavor. Formal rigor and clean line are always evident in Richard’s work. The artist’s paintings are executed with uncommon elegance and subtlety.

The extraordinary interior painting, Modern Circles, 2007, is a perceptual tour de force involving a broad gamut of seamlessly integrated sources along with a phantasmagoria of optical effects and freewheeling interventions. The exuberant, swirling disco mod interior with its mirrored surfaces and “conversation pit” of curved banquettes is redolent of the early 1970’s. In Modern Circles, there are readily discernable pictorial presences of works by Frank Stella and Donald Judd.

In addition to interior scenes, in this exhibition Richard also includes paintings that he categorizes as “emblems.” Around the Bend, 2008, and Over the Dunes, 2008 are two such works in which details such as artwork, pattern, and decorative objects are taken out of the context of the interior décor and reassembled in an emblematic presentation. In both of these striking and evocative works a framed painting hovers in mid-air over the landscape below.