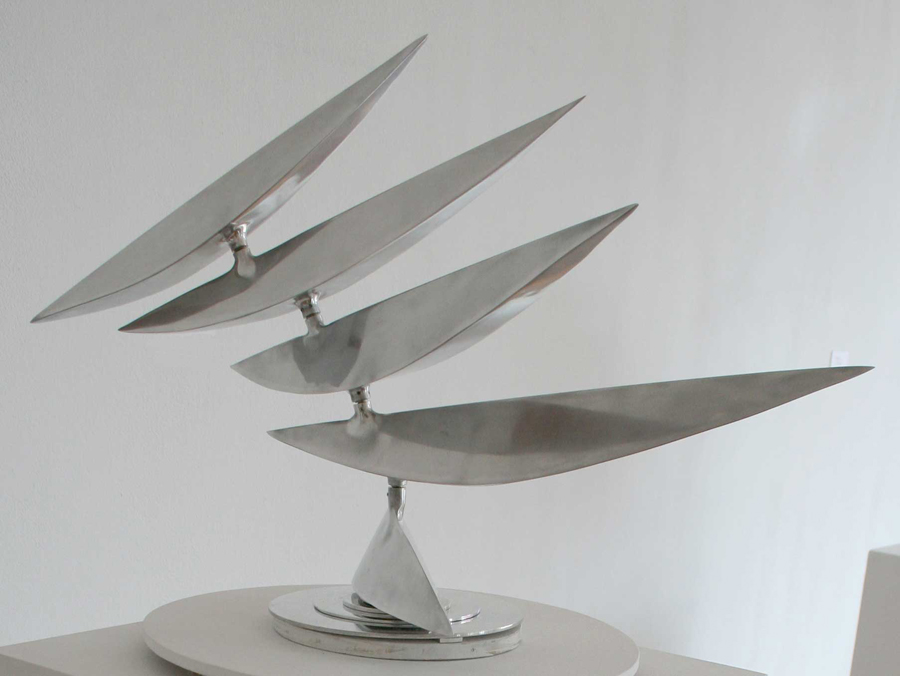 Historically inspired by the forms and forces of nature, Lin Emery’s new kinetic sculpture is derived from the forms and forces of industry. While working on a large-scale public commission for an oil tool company, Emery became intrigued by the massive pipes, tubes and flanged shapes employed in the industry. Using the methods and materials of the modern industrial world, in her upcoming exhibition the artist creates her signature elegantly minimal yet richly complex kinetic sculpture, now informed by man-made mechanical concepts— a true departure for the artist. Lin Emery’s sculpture, characteristically abstracted forms from nature, has always had a relationship to modern science and mathematics and to chaos theory, which deals with the elements of predictability or unpredictability in a given series of movements, as noted by Edward Lucie Smith. “The motions made by her wind-powered sculptures are similarly unpredictable, within a given set of rules, in this case, being the actual form of the piece and how many moving elements it possesses. The constantly changing relationships of the different parts have an almost hypnotic effect, constantly teasing the eye, which can never quite guess what the next configuration will be. . . . As one looks at them, the sculptures take on the qualities of living, growing, natural things” says Smith.