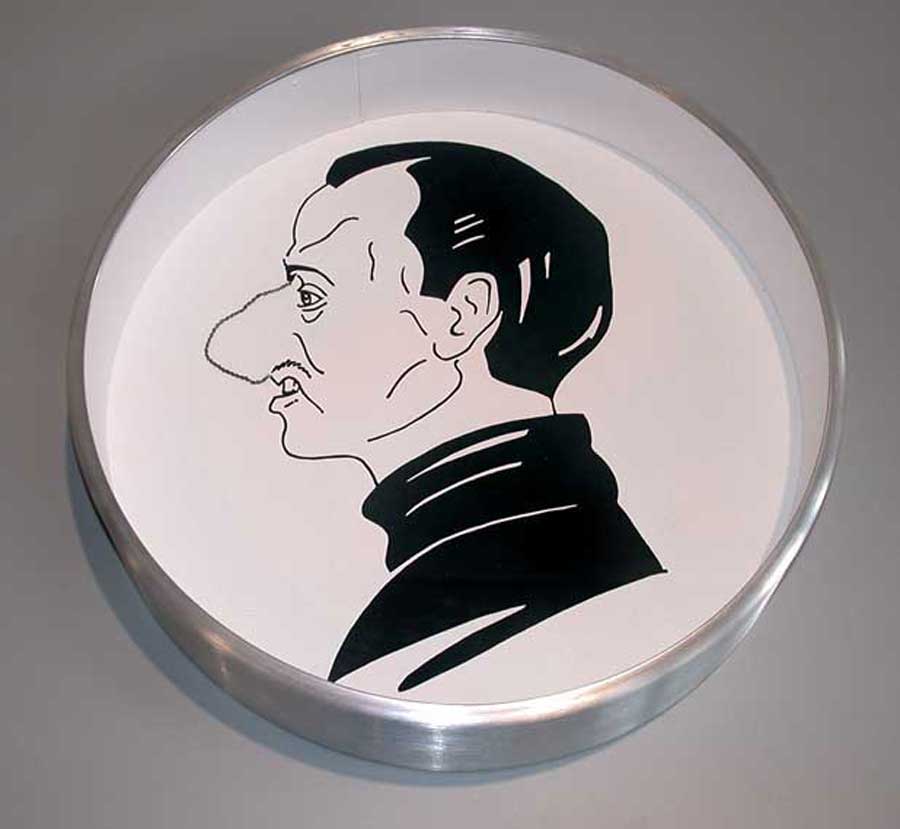 In a career that now spans forty years, John Waters has moved from the margins of culture to the mainstream, applying his iconoclastic perspective and aesthetic to filmmaking, writing and photography. Waters began producing still photographic works in 1992 after a request was made for a specific film still of Divine (the spirited cross-dresser and star of many of his films) in his early feature Multiple Maniacs (1970). No photograph existed of the precise moment in the film that was requested so Waters decided to make one himself by sitting in front of his television set with a 35mm camera in hand and photographing video images off of the television screen. Waters says, “I blundered my way into photography the same way I blundered into films.”

While many artists follow the trend of colossal photographic prints, John Waters works on a small scale having already seen how the images appear when projected large. Waters rejects conventional values of “good” photography; there is no fussing over equipment, technique, lighting, or framing. Waters’ prints are grainy, pixilated, and degraded, having already gone through prior rounds of photographic translation–from film to video, from television to snapshot. Some works are presented as single images or diptychs but the artist’s primary interest is in making sequential, unconventional narratives in which collages of snapshot-sized color prints are arranged side-by-side like neat, horizontal filmstrips. The works are hybrids, art objects that exist somewhere along the spectrum that extends between still photography and motion pictures. Images that are ungraspable when projected at cinematic speed support a different level of scrutiny and appreciation once Waters transforms them.