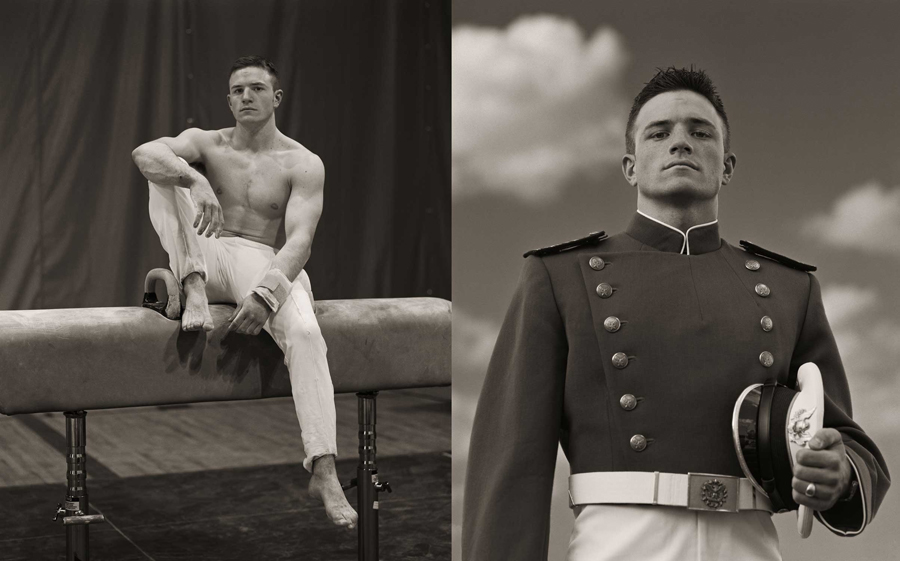 Anderson & Low’s “Athlete/Warrior” series presents powerful photographs of young men and women who are training for both the sports field and the battlefield while studying at America’s three famed armed forces academies: the US Military Academy at West Point, the US Naval Academy at Annapolis, and the US Air Force Academy at Colorado Springs. Unusually, the artists were allowed relatively unfettered access to the cadets, spending weeks at each academy among their subjects. The resulting images, presented in diptych and triptych arrangements, contrast the formal and the informal and communicate a dual expression of the individual’s characters. Arresting juxtapositions of cadets in their military dress—from formal to fatigues—and in the uniforms of their chosen sports reveal subtle similarities and differences between the roles they assume. The resonant images in “Athlete/Warrior” go beyond the military and sporting uniforms to highlight both the humanity of the individuals portrayed and the noble aspirations that they embody.