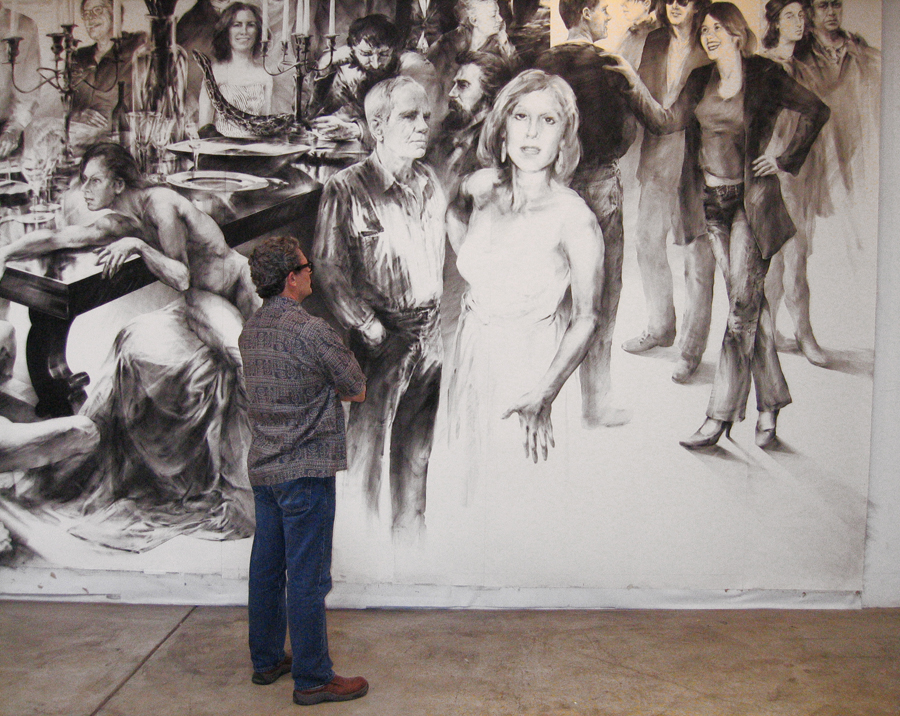 In gambling parlance a “tell” is the subconscious broadcasting of one’s emotional, psychological, and intellectual make-up. James Drake believes all human beings in complex societies reveal “tells.” Exploring this particular human trait was his primary motivation in creating “City of Tells”.

The central portion of the epic drawing displays an elaborate banquet table, serving as a focal point for the various people assembled at a social gathering. By using the motif of the table as a Renaissance tableau, the drawing references both Raphael’s School of Athens and cultural mythology. In addition to Drake’s family members and friends, he also includes contemporary artists, writers, and musicians interacting with their historical counterparts. In “City of Tells,” James Drake offers a very personal interpretation of today’s culture and expands that view within a historical context and perspective.

The video projections depict three separate but similar social gatherings that also revolve around a table. Drake installed a formal dining setting in a very remote wilderness for a period of twenty-four hours. The videos capture three subsequently ensuing occurrences. These intriguing images are accompanied by an original musical score composed by Pascal Dusapin of Paris, France.