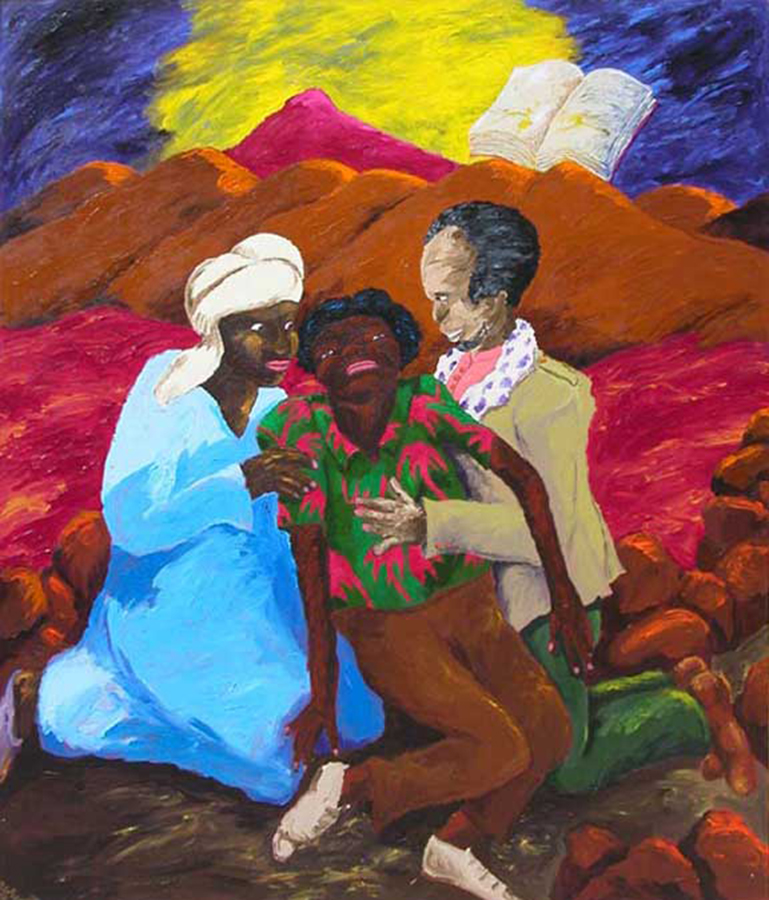 Knowledge of the Past is Key to the Future

The Robert Colescott paintings in this exhibition were completed in the 1980’s and are from the artist’s important series entitled “Knowledge of the Past is Key to the Future.” In this body of work while continuing to use satire and narrative figuration Colescott was beginning to move beyond his controversial images of racial stereotypes to the exploration of more universal themes.

Robert Colescott is a figurative Neo-Expressionist who paints beautifully. His paintings are loudly colored but develop dense networks of internal balance and harmony and always unabashedly address issues related to race.

Robert Colescott was born in Oakland, Both of his parents had moved there from New Orleans. He received undergraduate and graduate degrees from the University of California in Berkeley. In 1949-50 he studied under Fernand Leger in Paris, France.