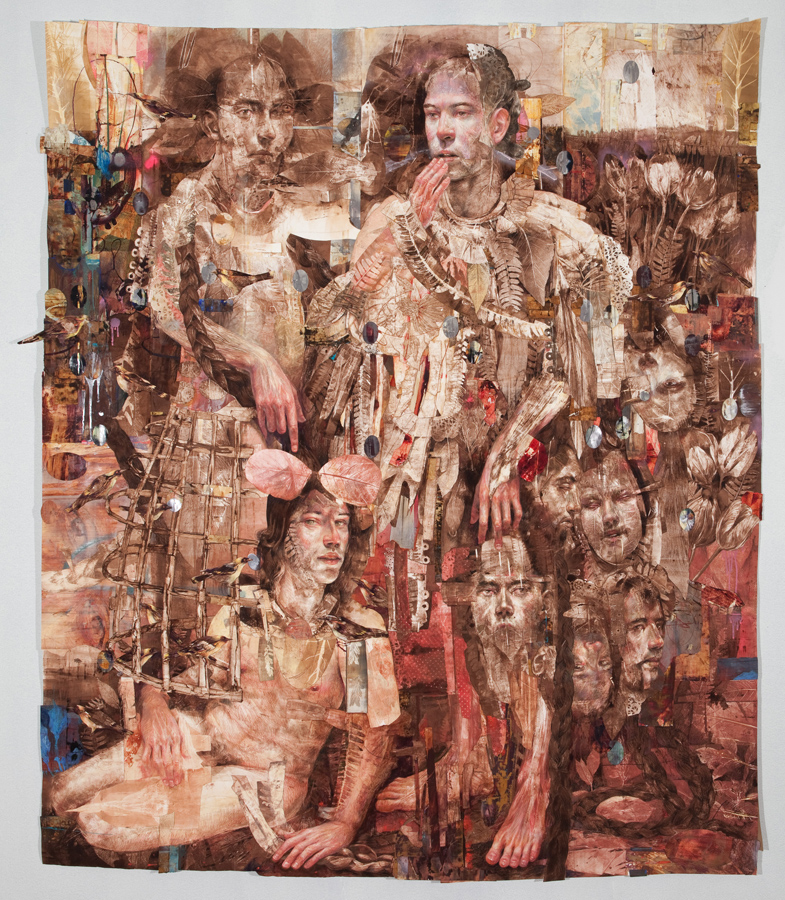 Keith Perelli’s figure-based narratives fuse illusory realism, abstraction and naturalism. His work most often focuses on the social, political, sexual and environmental proclivities of man. He renders his figures as though they were stripped, dissected and inextricably woven into environments of their own making. The figures dissolve into space sometimes rendering them limbless, thus compromising their stability while amplifying their vulnerabilities. His environments are just as telling of the mood and gesture of the figure as the subject itself. He intentionally interrupts space with lines, flat shapes and the physicality of the collage materials to remind us of the surface as though it were a façade of our projected psyche.

For the past four years, Perelli has investigated the monotype process as a source of inspiration and challenge to his experience as a painter. He is interested in this particular printmaking technique due to its ability to record and transfer the near photo exactness of natural forms and the textural nuance of each painterly mark. As a lover of all that is beautiful and cruel in nature, Perelli sees the potential of using actual organic and man-made environmental detritus as both mark-making tools and objects in themselves. His melancholic paintings weave personal, historical and the biological through the siphon of his imagination and experience. His creations therefore require a certain willingness and participation on the part of the viewer to find links between our behaviors and environments of which these actions were influenced.