The Arthur Roger Gallery is honored that many of the artists that we work with are included in the Boundless Space… The Possibilities of Burning Man fundraiser auction at Sotheby’s. 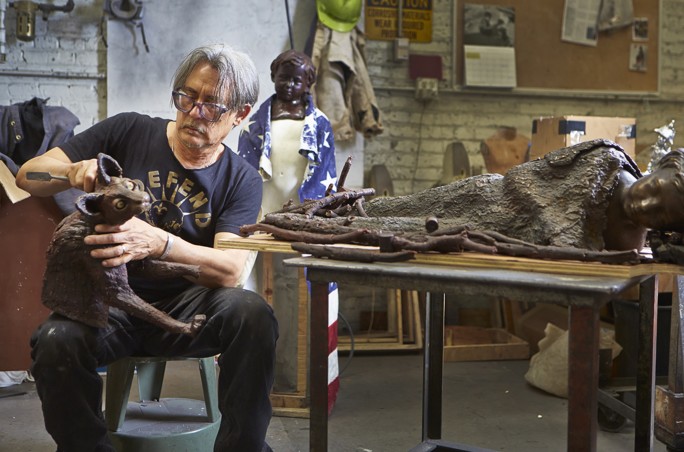 Stephen Paul day lives in both New Orleans and Germany. “As a youngster I dreamt of going to Las Vegas.” Day tells us, “I did make it to the then novel Disneyland while visiting my family in Los Angeles, but never made it to Las Vegas before being whisked away to high school in Vienna. Living in Europe turned out to harbor the non-kitsch elements of what I had expected in the post-modern capital of Nevada cementing an aura of authenticity through centuries of creative culture of a much older and refined world. My wide -eyed enthusiasm for all things fueled with history and what I saw as elegance, significance and laden with something magical was born. 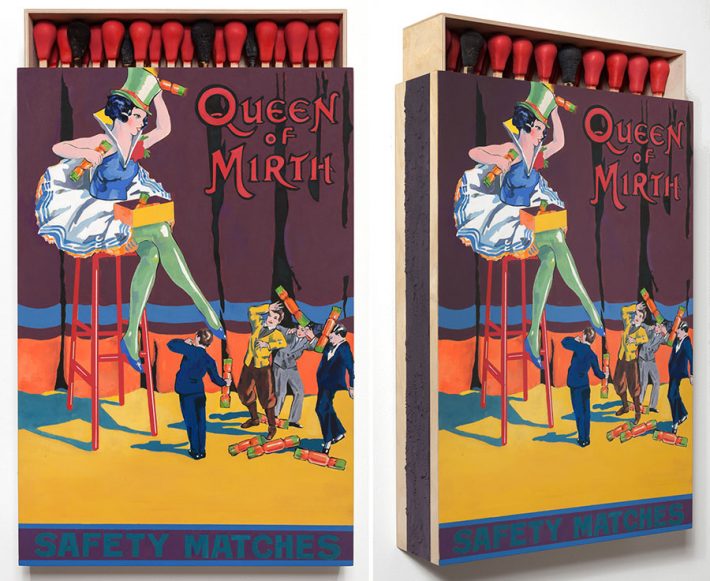 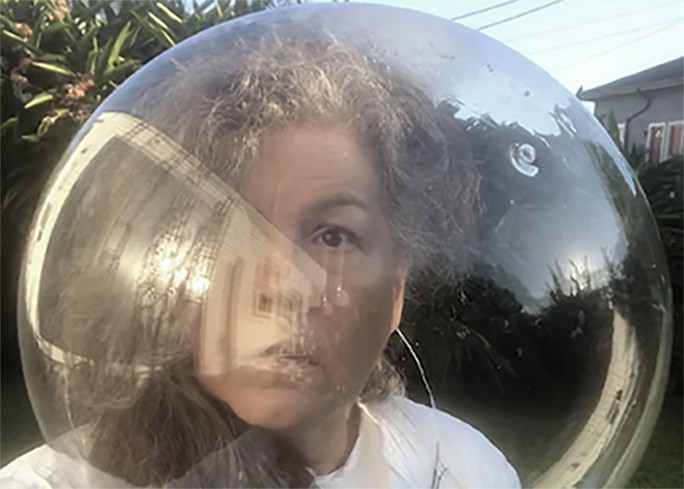 My conceptual work often reflects our global challenges. The work featured for Burning Man is a part of my ongoing questioning about the future of humanity but apart as well. It exists on multiple plains, both celebrating our resiliency and emphasizing the urgency for action. 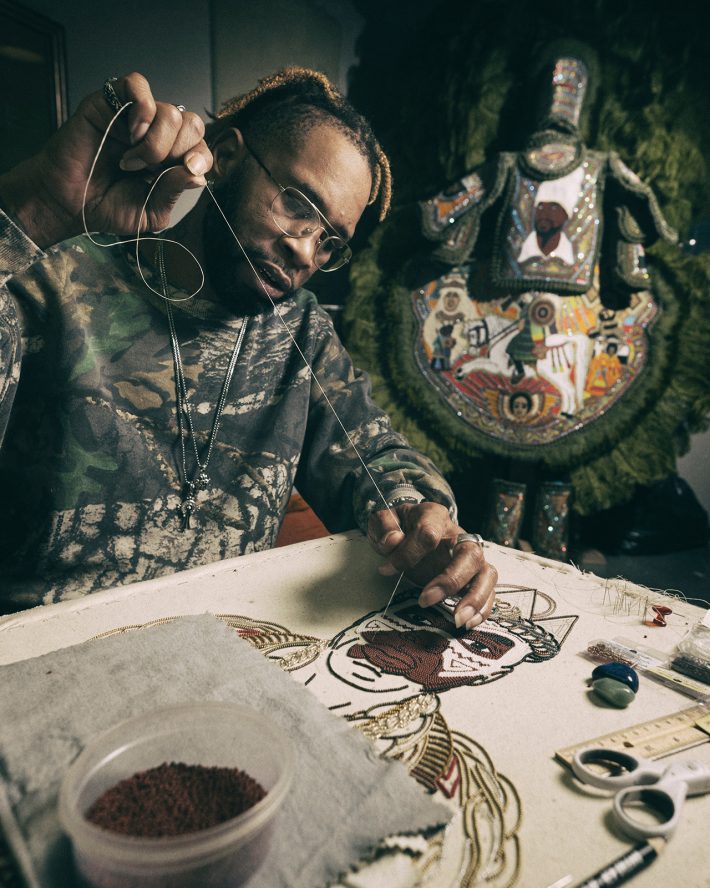 Demond Melancon (b. 1978) works solely with a needle and thread to sew glass beads onto canvas. He began this form of art in 1992 when he first became part of a 200+ year old culture known as the Black Masking Culture of New Orleans. Today as a Big Chief, Melancon is well known for creating massive suits which he wears as a Black Masker in ceremonial battles on Mardi Gras day. The suits he creates are sculptural forms based on the size of his body and are composed of intricately beaded patches revealing a collective visual narrative. 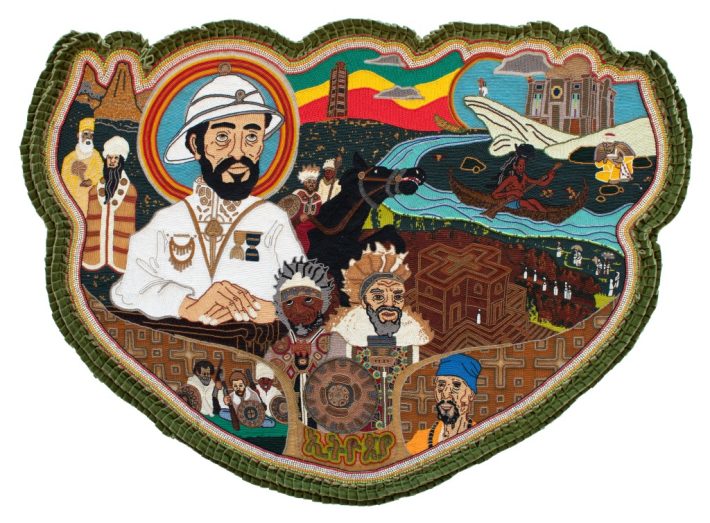 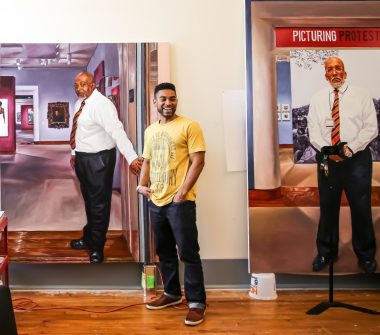 Mario Moore (b. 1987) lives and works in Detroit, MI. Moore received a BFA in Illustration from the College for Creative Studies (2009) and an MFA in Painting from the Yale School of Art (2013). He was recently awarded the prestigious Princeton Hodder Fellowship at Princeton University and has participated as an artist-in-residence at Knox College, Fountainhead residency and the Josef and Anni Albers Foundation. 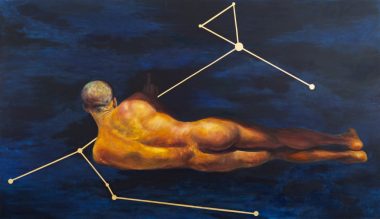 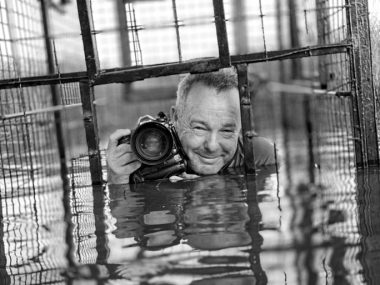 David Yarrow is recognised as one of the bestselling fine art photographers in the world. In recent years, he has found his true comfort zone in capturing the animal and human world in a fresh and creative way, with philanthropy and conservation central to his passion to document. In 2019 and 2020, charitable donations from the sale of David’s images exceeded $5 million. 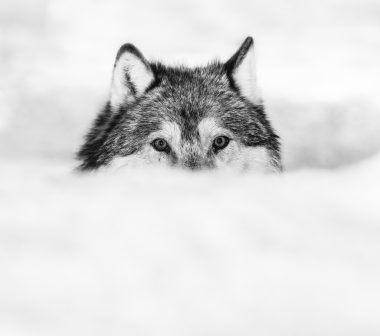 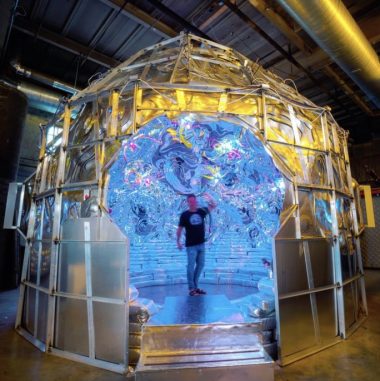 Randy Polumbo uses sculpture, architecture, and twisted archeological or salvaged ‘containers’ to construct site-specific interventions that welcome participatory interaction. The luminescent, hyperreal grottos and other architectural forms he creates unfold inside often repurposed, disheveled, or antiquated structures yet reach for the sublime, even as they invite in the possibility of chance, risk, and mediation. Informed by his wide-ranging study of horticulture, engineering, and regenerative design, his projects intervene in perceptual, ecological, and propagational systems to explore the limits of desire and restore the living world. Polumbo’s projects center the formal and elemental aspects of a site such as light, water, and earth to draw our attention to geologic time—that is, to processes beyond the scale of human perception. Recuperating moribund sites decimated by petroleum spills or monocultural agriculture, his work inspires moments of exquisite beauty, collective curiosity, and surprise interaction. 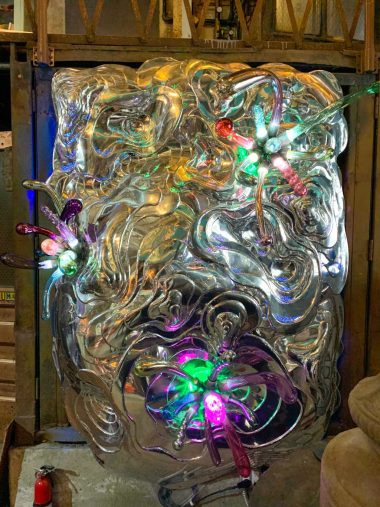 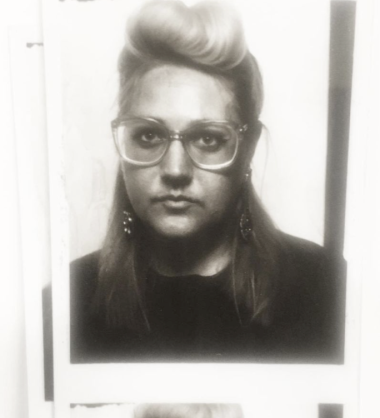 Meg Turner (American, b.1985) combines intimate portraiture with a study of printmaking and economics. Inviting friends and strangers into elaborately created sets, Turner uses photography, installation, and humor to harness collective longing and ecstatic exhibitionism. Hand-based processes such as sign painting, silkscreen, and sewing align neatly with Turner’s use of wet collodion photography as her preferred mode of image capturing. Exquisitely slow and highly collaborative, this antique method of photography brings the subject into the creative process, and intimacy is reflected in Turner’s choice of capturing her close community through a maximalist queer lens. 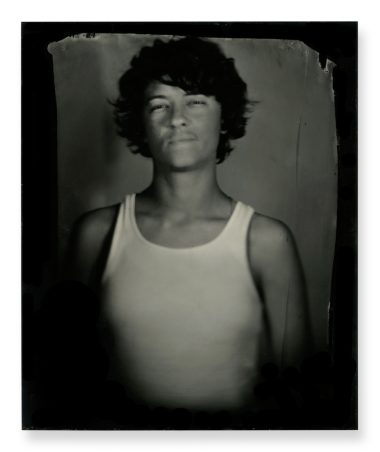 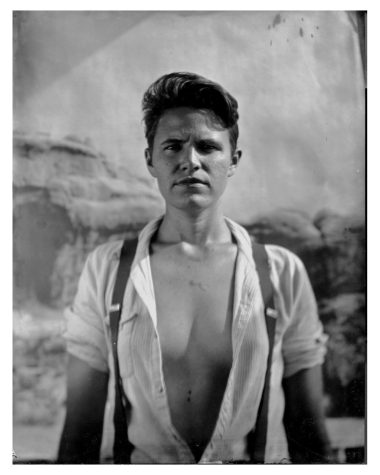