The Arthur Roger Gallery is pleased to present Requiem MMI, an exhibition of work inspired by the September 11 tragedy created by Christopher Saucedo. The exhibition will be on view at Arthur Roger@434, located at 434 Julia Street, from August 7–September 18, 2021. The gallery will host an opening on Saturday, August 7, from 6–9 PM, in conjunction with White Linen Night.

Only days after the tragedy of September 11th artist Christopher Saucedo began working on the first body of work that makes up Requiem MMI. The Artist was living in New York City at the time and his brother was a firefighter for the New York City Fire Department. His brother was in the Twin Towers when they collapsed and his remains were never recovered. 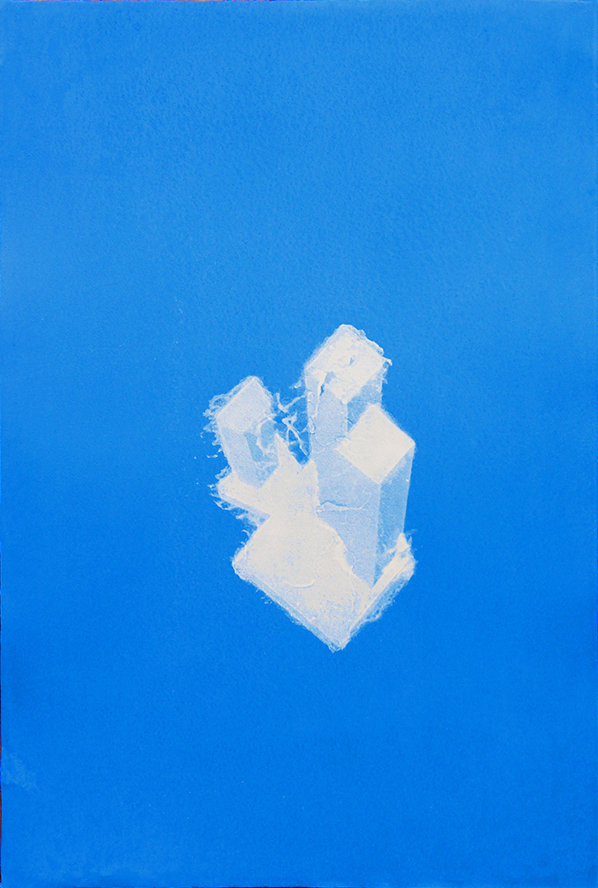 With the crystalline blue sky of September 11, 2011, burned into his mind, the artist got to work creating the ethereal series World Trade Center as a Cloud. Saucedo used linen pulp and moulds to press his representations of the Twin Towers onto the bright blue handmade paper background.

Ten years after the attack and his brother’s death, Saucedo was ready to revisit the event. In 2011 Christopher created the Branded Firefighter series where he brands photographs of his brother with ten water vessels per photograph. Saucedo uses fire and water as a nod to the crucial tool of a firefighter. The poetic series puts a human touch to the tragedy. 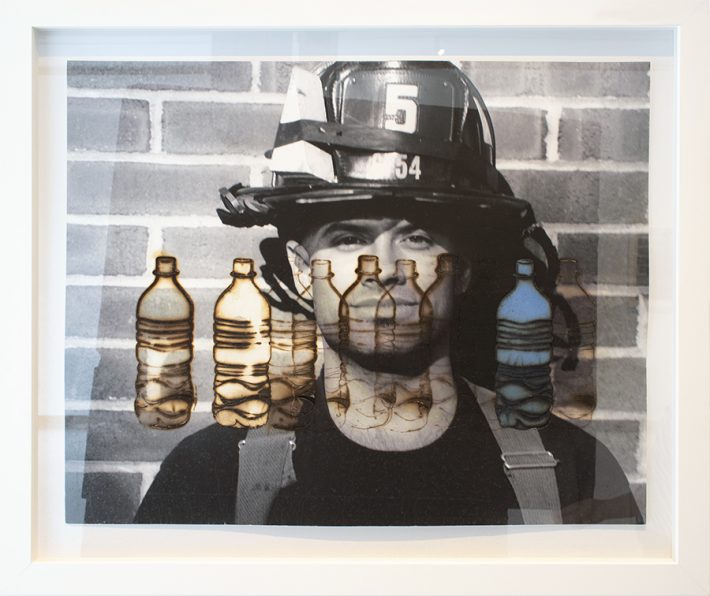 20 years after the disaster Saucedo was ready to revisit the next chapter of his tribute to September 11. Saucedo had exclusive access to the Twin Towers site during the clean-up and was able to scavenge an elevator weight from the site. For the 20th anniversary of the attack, Christopher has cut the silhouette of the twin towers into the elevator weight. Above the weight hangs an airy representation of the towers. One half of the piece is held down with the weight of the disaster while the second part hovers above showing that it will get better.

The World Trade Center as a Cloud and Branded Firefighter series were shown at the New Orleans Museum of Art in conjunction with the tenth anniversary of September 11, 2001.

Christopher Saucedo was born in 1964 in Brooklyn, NY. He received his B.F.A. from the School of Visual Arts, New York, NY in 1986 and his M.F.A. from the University of Michigan at Ann Arbor in 1988. After attending the Skowhegan School of Painting and Sculpture, he did post-graduate work at the Queen’s University at Belfast, Northern Ireland. He has exhibited nationally and internationally and is the recipient of numerous grants, including from the Pollock-Krasner Foundation, the New York Foundation for the Arts, and the Joan Mitchell Arts Foundation. Saucedo currently teaches at Adelphi University in New York.