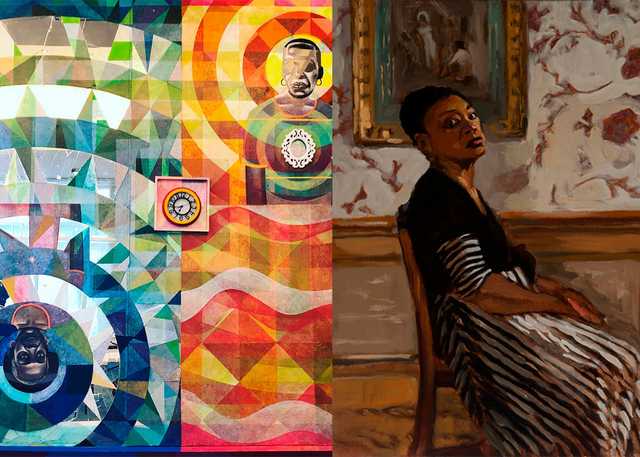 It’s no secret that Louisiana—with its wild cultural mélange; its history of suffering, resilience, and joie de vivre; its landscapes of mystery and majesty—is a hotbed for artistic inspiration. Since June, Country Roads has worked to shine a brighter light on the fantastic creative endeavors undertaken and exhibited here through our newest e-newsletter, Arts Monthly. And what discoveries we have made!

For Country Roads’ 2019 Visual Arts issue, we recognized a great opportunity to share one facet of this arts-focused coverage: close conversations with the decision-makers at some of the region’s most intriguing museums. We asked several curators to predict the next big thing, those up-and-coming artists soon to shake up the Louisiana arts scene. 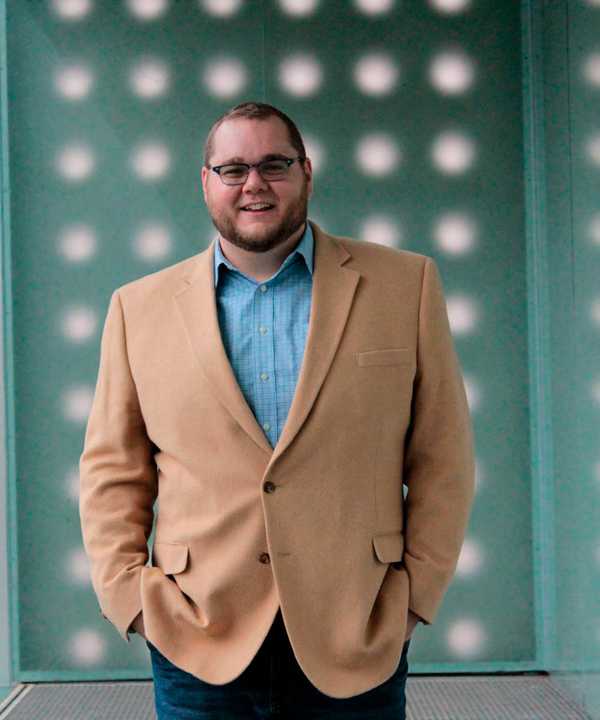 “Increasingly, I am inspired by artists whose work skillfully conveys a sense of shared humanity and purpose. For example, Stephon Senegal’s acts of service to people in need seem extremely urgent. 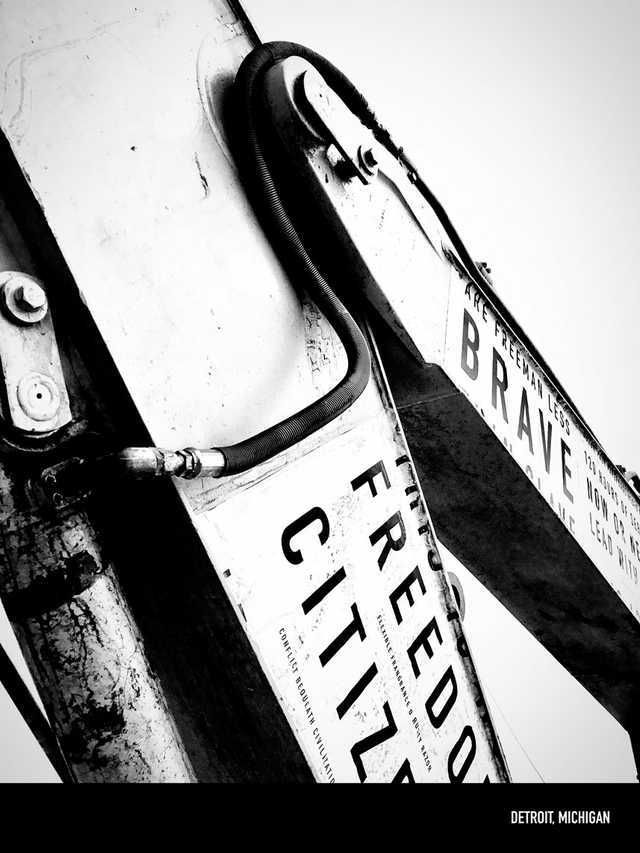 Within the last few years he began using black and white documentary photography, as well as text-based art, to call attention to his performative actions and to encourage similar civic engagement by others. His recent projects include distributing clean water to citizens in Flint, Michigan; providing resources to formerly incarcerated individuals as they transition back into society; and building community networks between black farmers and those who suffer from food insecurity.” 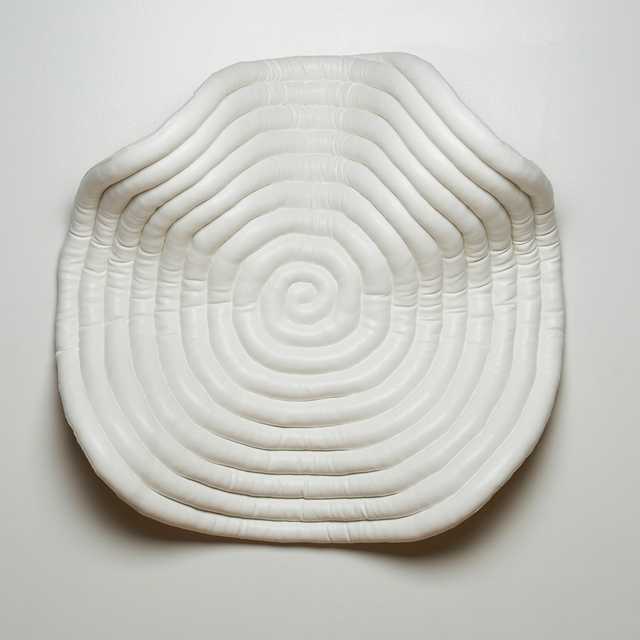 I am also drawn to the works of Stephanie Patton and Joshua Chambers. Both use their artistic practices to grapple with the intricacies of navigating human relationships. Their hallmarks are a compelling mixture of text, irony, and emotional generosity. Patton works in video, mattress upholstery, and any other material deemed appropriate while Chambers primarily paints with acrylic on panel. 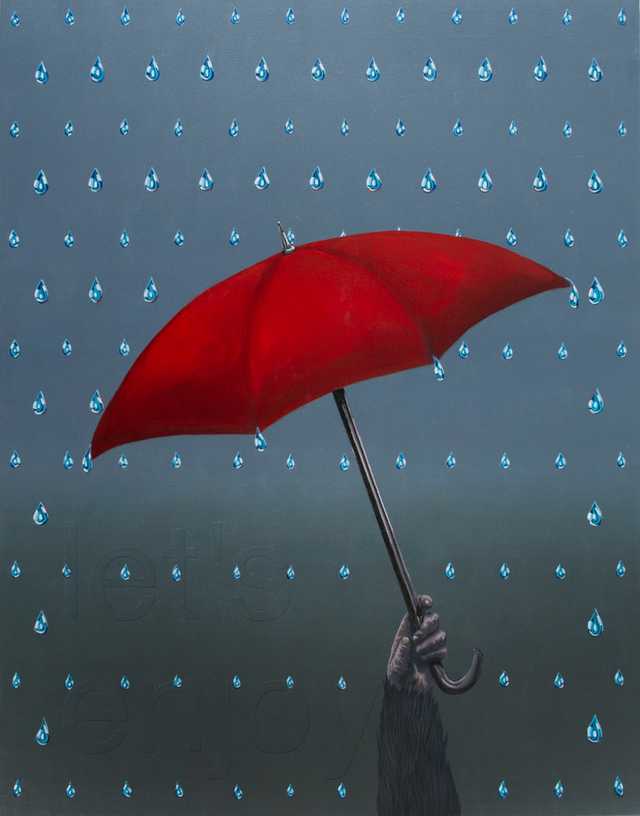 See more of Stephanie’s work at stephaniepatton.com/home.html and on Instagram @stephanie_patton_art. Chambers’ work can be found at joshuachambers.net, @jchambers, on the cover of our October 2018 issue, and in Lauren Heffker’s “Perspectives” from the same issue.

“I also find the work of Emily Stergar especially engaging with respect to ideas of land use and the resiliency of nature. As society continues to come to terms with the idea that using resources is markedly different than actually controlling nature, I feel that her work will become an important touchstone. 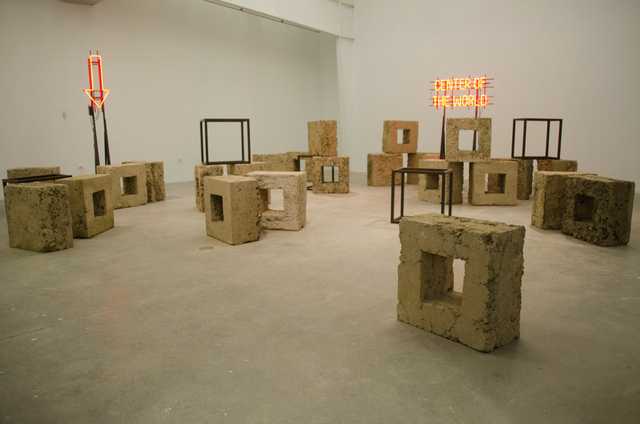 Stergar is a recent transplant to Louisiana who is concerned with how ideas of ownership impact sense of place. I feel that as she familiarizes herself with how Louisiana’s ecology affects her practice, she will tell Louisianans a great deal ab 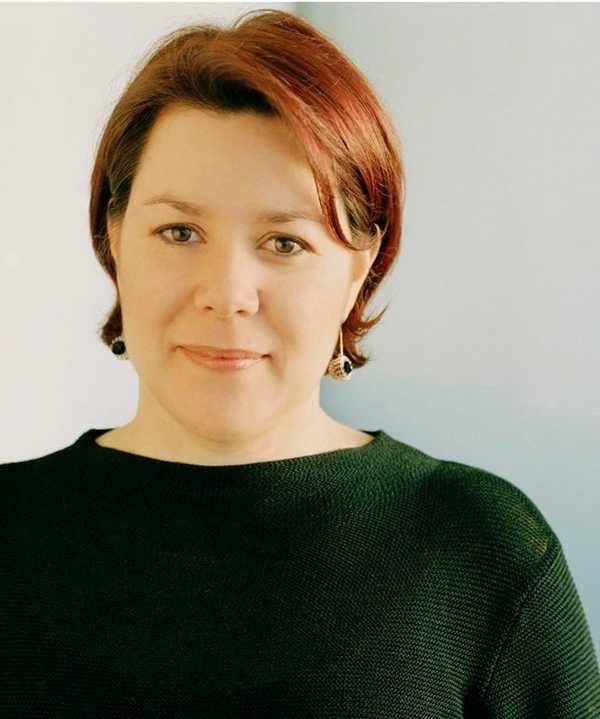 “New Orleans native Carl Joe Williams creates vibrant and uniquely captivating worlds inhabited by normal folk with seemingly normal lives that nonetheless exude auras in the likeness of deities. His characters are all immersed in dense, pulsating color fields of geometric patterns and concentric designs that manifest as a sort of community connective tissue with direct influences from African rituals and cultural systems. Occasionally, the rippled atmosphere surrounding his protagonists flows beyond the canvas through wallpaper-like extensions that subconsciously embrace the viewer. Williams’ visually enveloping fields—saturated with intuitive and harmonious links between color, music, sound, vibrations, nature, and water—conjure a space for the discovery of commonalities. His paintings feature a shared humanity highlighting a long and deep historical continuum with African traditions—where slavery to current oppressive contexts are but a chapter, a moment in a vast timeline. The expansiveness and optimistic personality of Williams’ compositions are his way of resisting oppression and the intentional minimization of the humanity of the African American community. 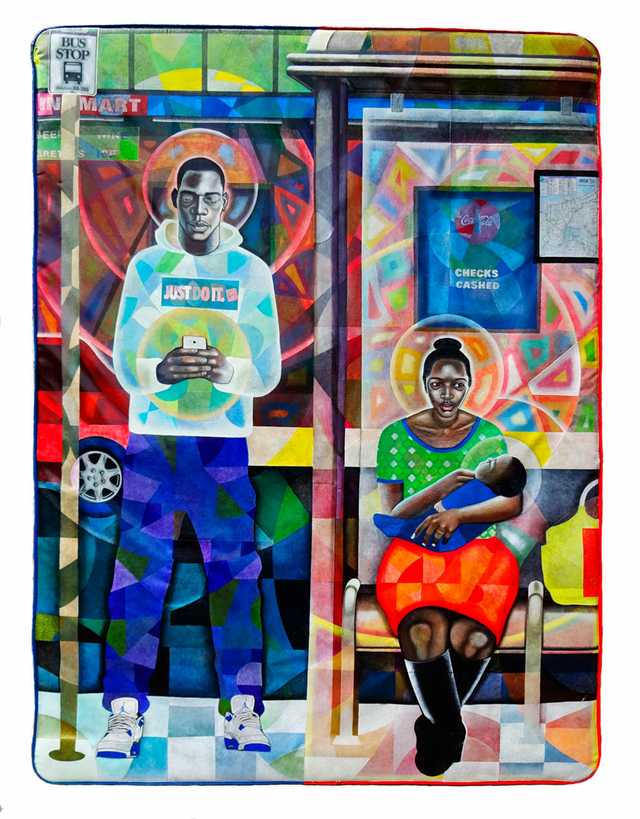 “Carl Joe Williams’ ability to represent his community in a manner that is akin to one’s own and unique self-representation, deeply rooted in the understanding of the rich influences of his ancestors, memory, and community, has garnered him recognition as a chronicler of his time with a sense of permanence and continuum.” 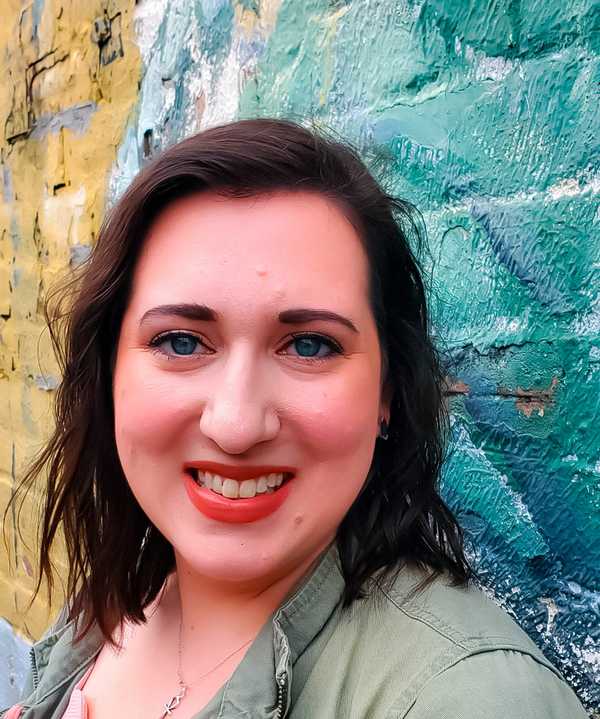 “Originally from Pineville, Pat Phillips has seen an impressive rise in the past year. He spent some time creating in Alexandria and selling his work at art festivals before he was selected for a Joan Mitchell Fellowship in 2017 and then exhibited with the Whitney Biennial exhibition in 2019. His work began as street art and graffiti on a variety of media and has developed through the years, influenced by artists such as Romare Bearden, while still incorporating the street art style. 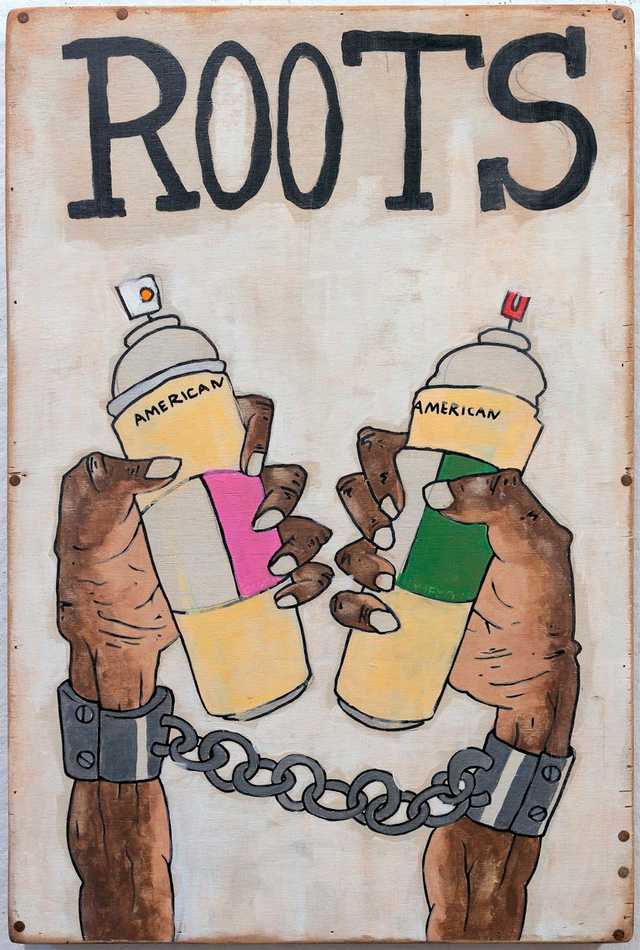 Drawing from his childhood and family, with a father as a corrections officer, Phillips addresses topics of race, family, and the prison system. Pat Phillips’ work addresses important issues and topics right now in a compelling and strong style, so he will only become more well-known and appreciated around the country, as he has been among art lovers in Central Louisiana.”

See more of Phillips work at patphillipsart.com and on Instagram at @vito_farinola. 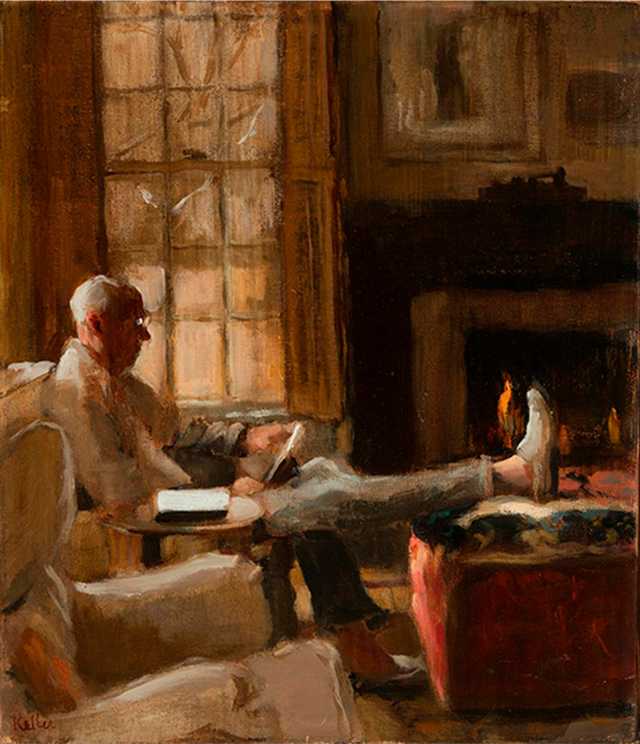 KATHRYN KELLER “By the Fire”

“Hearkening back to a classical style, Alexandria artist Kathryn Keller paints her life in oil and watercolor. Keller lives on Inglewood farm, which her family owns and operates, and depicts scenes from her home, her family and friends, and her travels throughout the South. Although her interiors draw you in with the lightness and detail, I believe one of her greatest strengths is her portraiture. She captures the emotion of her subjects incredibly, giving them life. Keller’s work had gone mostly unnoticed for many years. The Alexandria Museum of Art held a solo exhibition of her work in 2017, and she is now represented by multiple galleries with an upcoming exhibition in Shreveport.” 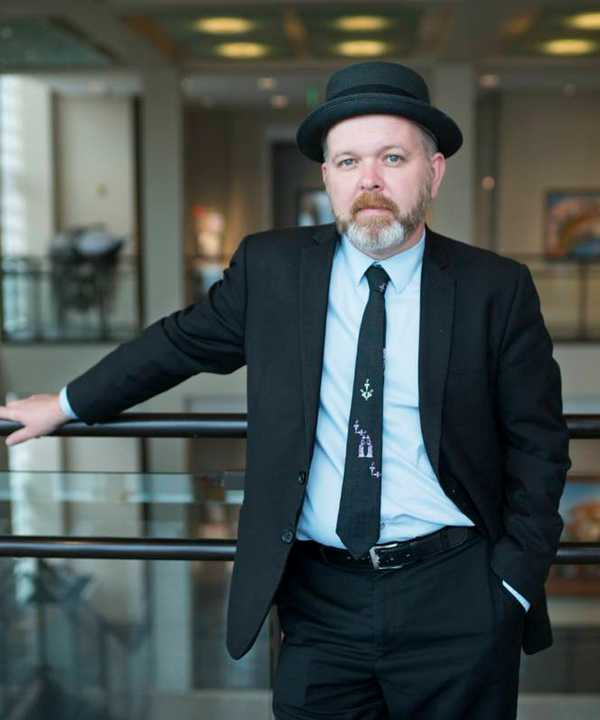 Bradley Sumrall, Curator of the Collection

“John Isiah Walton is a painter born in 1985 in New Orleans, where he continues to live and work. Walton’s paintings are executed with expressive and frenetic brush strokes, creating surfaces filled with an energy and motion that seems to pulsate with the rhythms of contemporary New Orleans music and dance. While building upon the work of the Neo-Expressionists, his narratives, mark-making, and visual aesthetic also reference contemporary street art and Social Expressionism. This is vibrant and relevant work that speaks to the urban South. This young man is on fire, so collectors should strike while the iron is hot!” 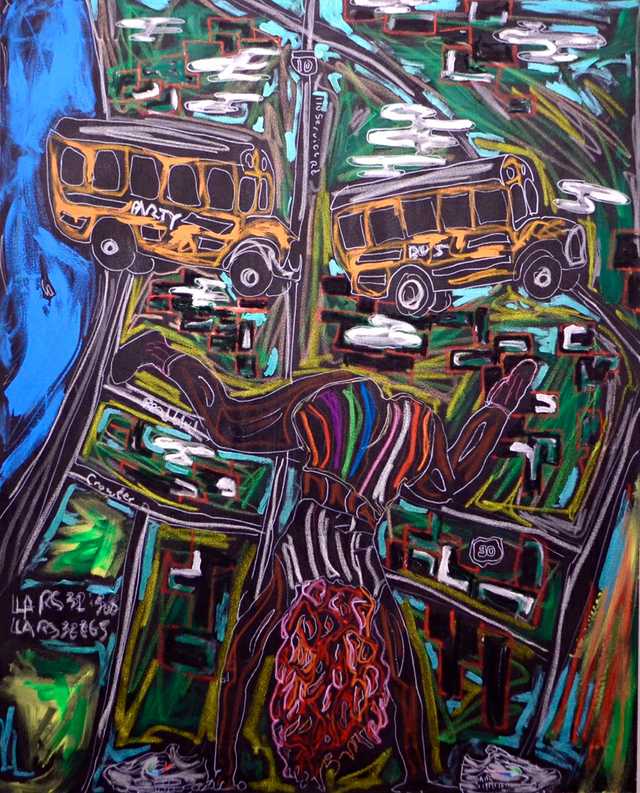