Nicole Charbonnet’s studio is seven thousand square feet. The main room alone is the size of a middle school gymnasium. The former warehouse built around the turn of the century also contains an apartment (Nicole lives there), storage rooms, a downstairs studio used by another artist, a garage with a basketball goal, two balconies, a garden, chickens and a pig named Ezmerelda. The place is absolutely unbelievable.

According to Nicole, “When I saw the roofless, rotting, pigeon and rat-infested building in the Irish Channel on a dog walk, it was love at first sight. The openness, the scale, the neighborhood, the light, were just a few of the things that made me blind to the reality of fixing up a building that had been abandoned since Katrina.”

Today, that building produces incredible art. Nicole’s current work combines images inspired by antiquity and the Renaissance with contemporary items like wallpaper, stenciled letters and magazine clippings. With their intentionally distressed surfaces, the paintings look like they could have been chipped off the walls of a villa in Pompeii. They, like the building in which they were created, are stunning.

“In my next life,” Nicole admitted, “I’m really hoping my dream studio comes with a/c and heat. With that said, I suspect all the good karma I’m banking from being off-grid and solar powered, might help out with future life hopes and wishes.”

I’m sure it will. 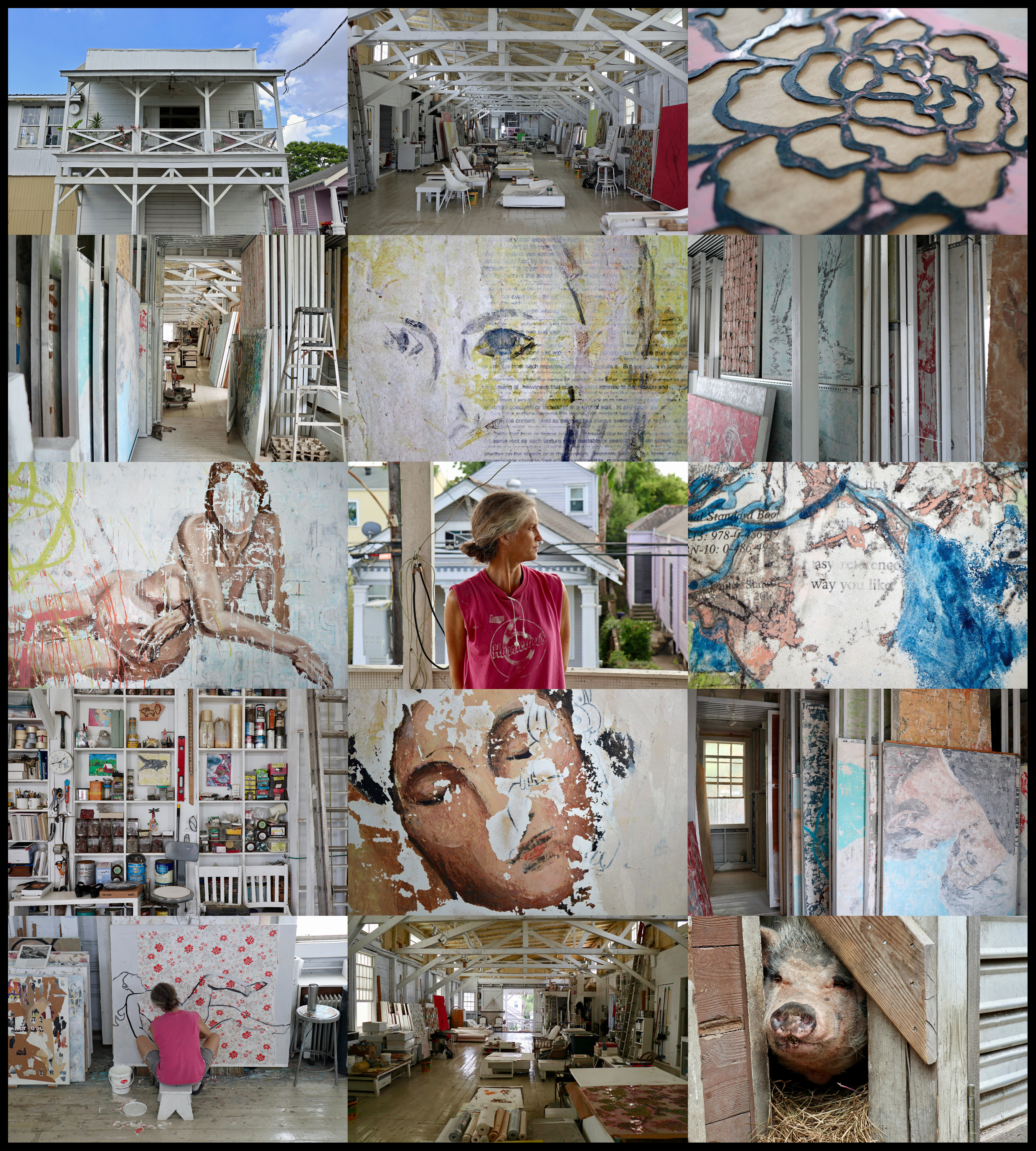 Nicole recently had a show at Winston Wachter Fine Art in New York City. Her next solo show in New Orleans is at Arthur Roger Gallery in January of 2019. To learn more about Nicole and her work, go to http://nicolecharbonnet.com.