by Sylvie B. Contiguglia, via Art e-Walk 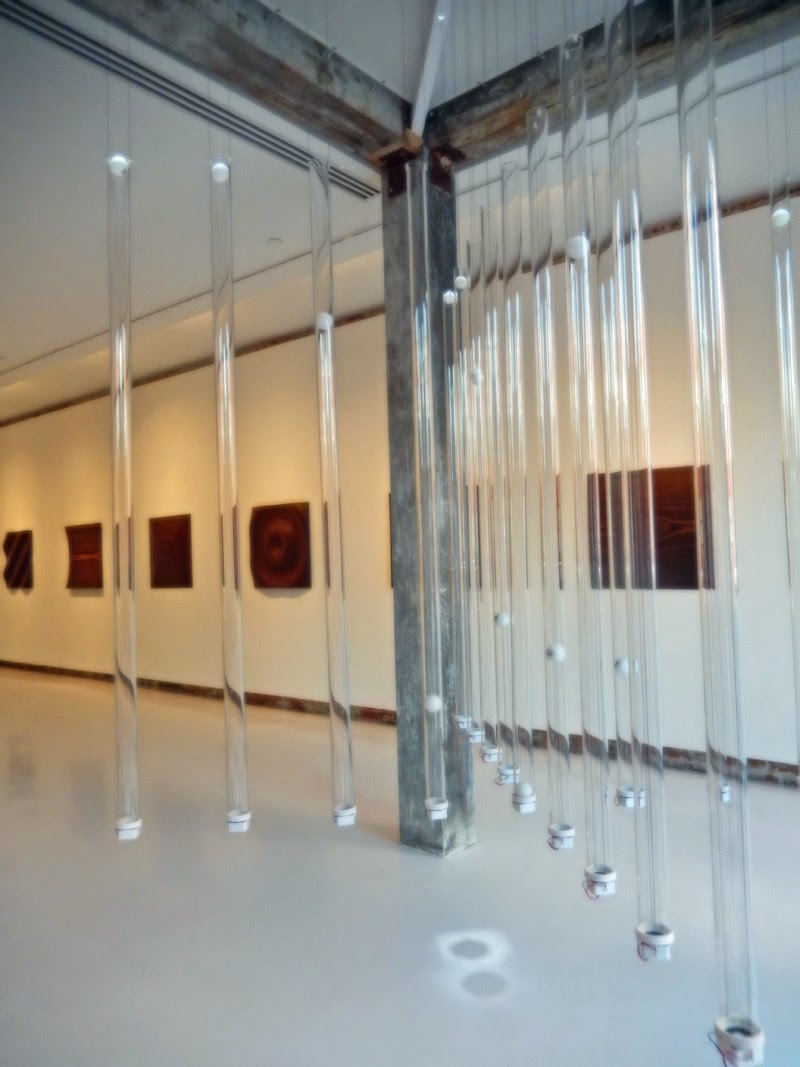 For Random Precision in the Metric of Time, his first exhibition at the Arthur Roger Gallery in New Orleans, the Austrian-born sculptor Erwin Redl presents a new body of work consisting of kinetic sculptures, wall pieces and prints. Best known for his LED light installations, the artist utilizes different media in his practice, including glass, laser, drawings, videos, computer installations… Through his diverse background, Redl acquired various skills, from carpentry, a family tradition, to music and Computer art  while attending the University of Music and Performing Arts in Vienna and the School of Visual Arts in New York City.

The swooshing sound of fans guides the visitor to two suspended sculptures, Ascension Circle-24, 2015, and Ascension X-17, 2015, hanging respectively from a metal circle attached to the ceiling and from four massive wood poles. Clear-glass pipes arranged in geometric shapes (a circle and a cross) compose the main body of the pieces, while white LED lights reproduce the figures on the floor intermittently, in sync with Ping-Pong balls rising and falling in the long tubes, propelled by small fans. The technical aspect of the works can distract from the visual experience which requires some time to be fully appreciated. Four small sculptures built with the same technology surround the riveting works. One or two Ping-Pong balls blown by fans move across a suspended piece of carved Masonite. The size, depth and shape of the carving determine the path of the spheres. The repetitive motion results in a mesmerizing sight. Four giant palimpsest prints covering one of the walls evoke the cartography of ancient ruins seen from space. The complex geometrical patterns are generated through a computer in the course of the kinetic sculptures’ design. Layers of red, blue, black oil based ink, provide texture and mood. The prints are a clue to Redl’s reverse engineering process for which he “assembles the material according to a narrow set of self-imposed rules which often incorporate complex algorithms, controlled randomness and other methods inspired by computer codes.” The last group of works is a series of carved Masonite wall pieces, variations on designs and shades. 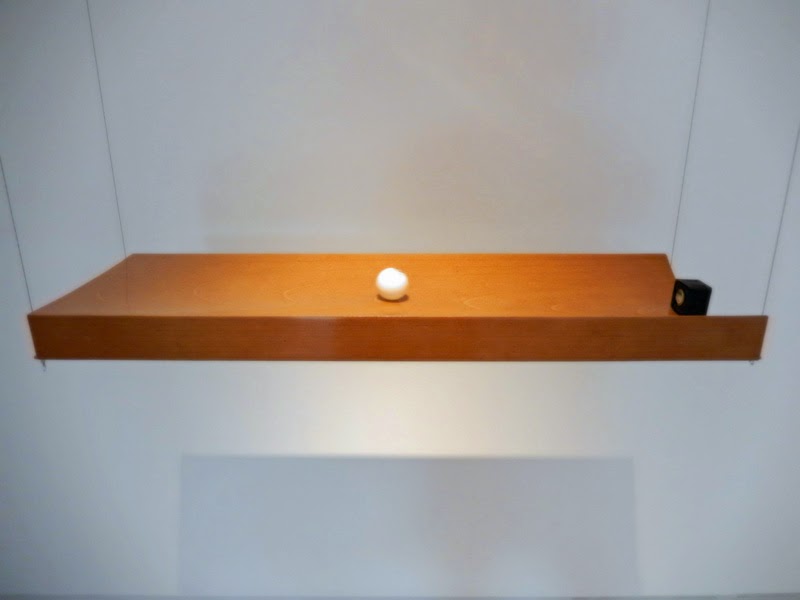 While Redl’s light installations have been affiliated with the Light and Space movement, this new body of work reaches far beyond “retinal” art to art for the mind, a Duchampian quest. Exploring new dimensions like space and time, the artist aims through his art to control randomness “transferring an idea of randomness through precise calculations.”

With its minimalist flavor, the show activates the spacious gallery’s space, allowing the visitor to discover the artist through a variety of his compelling work. 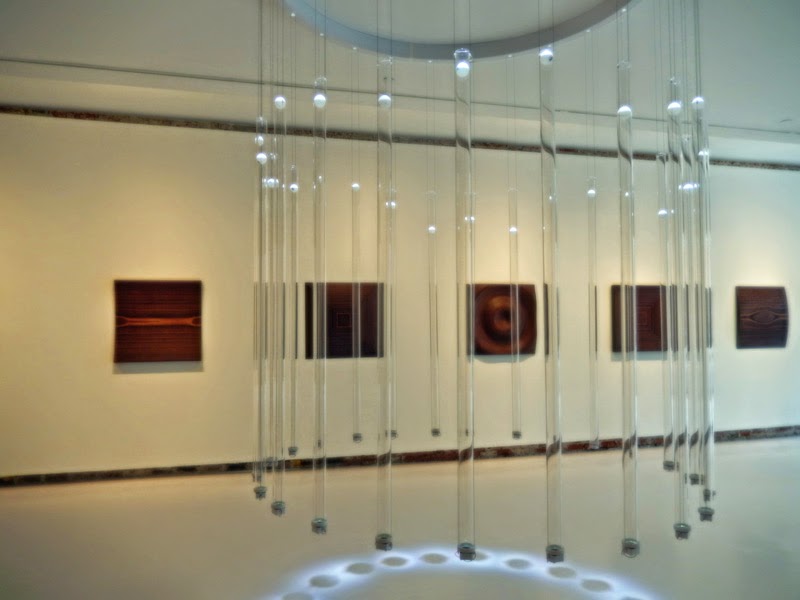 photographs by the author